Soon, at least meteorologically, the Arab Spring will become an “Arab Winter. It will also be an apt change of metaphor. After all, from the standpoint of civilizational vulnerabilities to jihadist terror, nothing will have been improved. To the contrary, the still-developing relationship between regional democratization and Islamist terror-violence will most likely be inverse, and hence unwelcome.  Significantly, this injurious turn of events could include both the probability, and intensity, of substantial terror-harms.

Almost certainly, and in more-or-less ascertainable increments, Islamist forces will soon surface and multiply with a renewed dedication to theocratic purity. The grotesquely explosive results of this largely unexpected rededication will be felt in the immediately affected countries, and also in Israel, Europe, and the United States.


In Gaza,  Hamas, empowered by newly-emergent, post-Mubarak elements of the Muslim Brotherhood in Egypt – not to mention its plainly gainful repatriation of more than one thousand terrorists in the recent asymmetrical prisoner exchange with Netanyahu  – will likely enlarge its plans for “war” against Israel. For all jihadist terrorists, of course, operational terror-violence will remain inseparable from their utterly immutable ideals of the sacred.

As I have been pointing out in these pages for many years, jihadist terrorism has little to do with war, politics or resistance to oppression. Instead, the essential meanings of these unceasing barbarisms can be found within distinctly personal spheres of fear, dissatisfaction, cowardice and loathing. These include: (1) a consuming, though unrecognized, horror of death; (2) an unfulfilled wish for ecstasy, or intense pleasure; (3) a palpable joy drawn from the targeting of those who “lack sacredness;” and (4) perhaps even more acutely after the fall of Mubarak and Ghadaffi, an unrelenting loathing of “apostates” and “infidels.”

In searching for current meanings of revolutionary fervor in the Middle East and North Africa, the implications for jihadist terrorism will not be discoverable in official declarations, charters, or covenants. Nor will they be made readily understandable in less formal Islamist diatribes. Obliquely but profoundly, these deeper meanings will remain hidden and embedded in the intense sufferings joyously inflicted by jihadists upon their defenseless victims.

Throughout this volatile region, jihadist terror and “sacred” vengeance will soon re-emerge. Indeed, it is already re-emerging. Seeking to express shahada, or Death for Allah, this Islamist violence will increasingly challenge secular military forces, perhaps doing even more to fatally undermine democracy than the original authoritarian regimes.

Human language cannot describe human agony. The defiling horror of jihadist terror-violence, therefore, can never really be understood or felt by others. Armies of scholars notwithstanding, this horror simply can’t be reduced to any tangible or measurable inventory of casualties.

Agony is always incommunicable. In matters of jihadist terror, efforts at quantification always miss the point.

Following  the Arab Spring, the  anguish of  new terror victims will not only defile language; this anguish will also be language defiling. The sheer inexpressibility of pain, though never determinable by politics, revolution or society, can still have expressible political, revolutionary and societal outcomes. In the case of still-impending jihadist terrorism, it may even stand in the way of recognizing the new Islamist violence as criminal and unacceptable.

Immediately, we need to look beyond the agitated but ultimately futile and stillborn regional cries for “democracy.” We must understand, firstly, that jihadist terrorists are animated and encouraged by the palpably voluptuous and purifying satisfactions of planned violence. Islamist suicide-bombers prepare carefully for their cathartic missions of pain and extinction because of the anticipated ecstasy. Drawn from a presumed religious obligation, this ecstasy, which rewards doubly because it is “cleansing,” represents an almost exact reciprocal of the suffering to be borne by the unfortunate victims.

For jihadist suicide terrorists, both past and future, the death that is meted out to enemies remains only an abstraction. These victims lack sacredness. In the Koranic concept of war, terrorizing the profane unbeliever who refuses to be dhimmi (to accept Shari’a domination) is doctrinally a source of deep satisfaction.

Physical pain within the human body can do more than destroy ordinary language. It can also bring about a visceral reversion to pre-language human sounds – that is, to those primal moans, cries and whispers that are anterior to learned speech. While the soon-to-be expanding number of victims of jihadist terror will writhe agonizingly from the burns and the nails and the screws, neither the “civilized” world publics who bear silent witness, nor the “martyrs” themselves, will truly experience what is being suffered.

Physical pain, even after the Arab Spring, can have no consequential “voice.” When, at last, it may discover some potentially decipherable sound, the listener will no longer want to listen. The audience, after all, undeniably mortal and fragile, will strenuously seek to deny its own existential vulnerabilities. Such denial, as Freud recognized, lies at the very heart of what it means to be human. 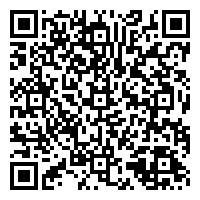