President Obama and Governor Romney strongly disagree on many issues but the daylight between them is especially great in the imminent matter of Palestinian statehood. For his part, the president still believes in a two-state solution, and in a corollary willingness of the Palestinian side to negotiate fairly. His opponent is unambiguous in a fully contrary insistence that the Palestinians are not interested in peace.

One thing is certain. Jurisprudentially and strategically, Romney’s position here is substantially more compelling. After all, both the Palestinian Authority and Hamas are clear in their continuing commitment to use force for “self-determination” and “national liberation.” For these two contending factions, this belligerent commitment would make sense even after a formal granting of Palestinian sovereignty. This is because, in their view, and on their maps, all of Israel proper would still remain “Occupied Palestine.”


What would be the legal status of any such post-independence expressions of Palestinian violence against Israeli citizens (noncombatants)? In broad terms, these expressions would be determinably criminal. More narrowly, they would constitute terrorism.

Under binding international law, a fully constituted or at least a UN-birthed state of Palestine would be unable to justify any linguistic transformations of an impermissible insurgency into permissible “self-defense.”

Terrorism, as I have pointed out in the past, is a codified and customary crime under international law. Its explicit criminalization can be discovered in all of the authoritative sources of international law listed at Article 38 of the Statute of the International Court of Justice. Now, though unacknowledged by President Obama, whenever Palestinian “militants” claim the right to use “any means necessary” against an alleged Israeli “occupation,” their arguments are legally unsupportable and crudely contrived.

Both Obama and Romney should always be prepared to look behind the news. Even if Palestinian claims for “national self-determination” should soon be supported at the UN, most likely, it seems, as a non-member state, there will still remain ascertainable and firm limits on the allowable targets of insurgent violence, and on the permissible levels of such violence. This is the case even though any post-independence Palestinian resorts to force would now be more or less state-supported.

Both candidates should understand: Palestine’s most probable future is written in its well-documented and bloody past. The strictly limited rights of insurgency under international law can never include the use of nail-filled bombs directed at children and other innocent noncombatants. (Sometimes these projectiles have first been dipped painstakingly in rat poison.)

Under even their most generous definition in jurisprudence, these particular and restricted rights to the use of force can never supplant the settled or peremptory rules of humanitarian international law. More popularly, these rules are known as the law of war, or the law of armed conflict.

At its heart, of course, international law intends to “make sense.” Nowhere is it written that certain political goals are so flagrantly worthy of implementation that their satisfaction can ever allow the deliberate incineration of infants in their cribs, or of children in school or at play. One doesn’t need to be a professor of international law to understand such an elementary expectation of human decency. Further, under international law, it won’t matter at all if such conspicuously murderous strategies are launched by a now recognized sovereign state.

From the beginning, supporters of Palestinian terror against Israelis have argued, disingenuously, that the desired end of their “sacred” insurgency (Palestinian independence) automatically justifies their adopted means (willful and indiscriminate attacks on Jewish civilians). Leaving aside the everyday and ordinary ethical standards by which any such argument must be manifestly unacceptable, the ends can never justify the means under conventional or customary international law. Never.

For more than two thousand years, the binding principles of world law have stipulated that intentional forms of violence that are directed against the innocent are always repugnant. Hence, prima facie, these forms are always prohibited.

While it is true that certain insurgencies can be judged per se lawful (after all, the idea of “just cause” can be found, inter alia, in the Declaration of Independence of the United States), these residually permissible resorts to force must nonetheless conform to the longstanding laws of war.

…To Be Continued Next Week 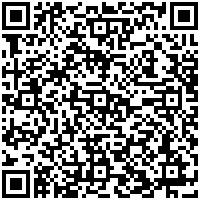