In law, the murderers of young children who take an unhidden delight in the blood of their victims can never be “freedom fighters.” If they should ever become entitled to such an exculpatory designation, we would then have to concede that international law itself had become little more than a nicely codified authorization for the commission of evil.

President Obama continues to presume that a Palestinian state will be part of a “two-state solution.” Here, it is falsely presumed, a 23rd Arab state will coexist obediently with the lone Jewish state. Oddly enough, this presumption is dismissed everywhere in the Arab/Islamic world itself.


Cartographically, the “Map of Palestine,” available at the official website of the Palestinian National Authority and of Hamas, still includes all of Israel.

Only one state is depicted on this map. That state is not Israel.

Terrorist crimes always mandate universal cooperation in apprehension and punishment. As punishers of “grave breaches” under international law, all states are expected to search out and prosecute, or extradite, individual terrorist perpetrators. In no circumstances are states permitted to characterize terrorists as “freedom fighters.”

This is especially true for the United States, which incorporates all international law as the “supreme law of the land” at Article 6 of the Constitution, and at assorted Supreme Court decisions, most notably the Paquete Habana (1900). Under natural law, which represents the canonic legal foundation of the U.S. Constitution, every nation-state has an overriding obligation of self-preservation. Wherever a government acts contrary to this core obligation, which is assuredly the case with Israel’s recurrent freeing of Palestinian terrorists, these actions, inter alia, demand far-reaching citizen opposition.

The theory of natural law, which has discernible roots in the Bible, is based on clarity, self-evidence, and coherence. Its validity cannot be shaken by the presumed imperatives of geopolitics, even when a misguided American president should feel that manifestly contrary policies are called for.

No matter how strenuously Obama should maintain that Palestinian statehood is needed to implement a wider Middle East peace, there is nothing about full sovereignty that would ever exempt the newest Arab state from its peremptory obligations under humanitarian international law. 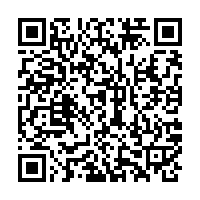