My previous column on Project Daniel considered the dire consequences of a nuclear war in the Middle East, an almost unimaginable scenario of devastation and suffering that Israel must carefully avoid. It was the spectre of precisely such a scenario that first gave rise to Project Daniel. Although most of our group’s collaborative analyses drew upon very contemporary strategic thinking, we were also constantly mindful of certain much earlier investigations of war, power and survival. One such still relevant investigation can be found in Sun-Tzu’s The Art Of War.Chinese military thought likely originated with neolithic village conflicts over 4,000 years ago. But it was Sun-Tzu’s The Art Of War, written some time in the fifth century BCE, that synthesized a coherent set of principles designed to produce military victory and minimize the chances of military defeat. Examined together with Israel’s Strategic Future, the Final Report of Project Daniel, the full corpus of this work should now be studied closely by all who wish to strengthen Israel’s military posture and its associated order of battle. At a time when the leaders of particular Arab/Islamic states might soon combine irrationality with weapons of mass destruction, the members of Project Daniel were markedly determined to augment current facts and figures with dialectical reasoning, imagination and creativity.

Israel, we reported, must continue its “imperative to seek peace through negotiation and diplomatic processes wherever possible.” Indeed, we continued: “This imperative, codified at the United Nations Charter and in multiple authoritative sources of international law, shall always remain the guiding orientation of Israel’s foreign policy.”

What are Sun-Tzu’s principles concerning negotiation and diplomacy? Political initiatives and agreements may be useful, he instructs, but purposeful military preparations should never be neglected. The primary objective of every state should be to weaken enemies without actually engaging in armed combat. This objective links the ideal of “complete victory” to a “strategy for planning offensives.”

Project Daniel took note. Recognizing the dangers of relying too heavily upon active defenses such as anti-ballistic missile systems, a reliance whereby Israel would likely bury itself away “below the lowest depths of Earth,” Project Daniel boldly advises that Israel take certain prompt initiatives in removing existential threats. These initiatives include striking first (preemption) against enemy WMD development, manufacturing, storage, control and deployment centers – a recommendation fully consistent with longstanding international law regarding “anticipatory self defense” and also with the current defense policy of the United States.

If, for any reason, the doctrine of preemption should fail to prevent an enemy Arab state or Iran from acquiring nuclear weapons, the Daniel group advises that Israel cease immediately its current policy of nuclear ambiguity, and proceed at once to a position of open nuclear deterrence. Additional to this change in policy, we recommend that Israel make it perfectly clear to the enemy nuclear state that it would suffer prompt and maximum-yield nuclear “countervalue” reprisals for any level of nuclear aggression undertaken against Israel. The object of these utterly massive reprisals, therefore, would be 10-20 major enemy cities.

Under certain circumstances, our team continues, similar forms of Israeli nuclear deterrence should be directed against enemy states that threaten existential harms with biological weapons.

What exactly are “existential harms?” Taken literally, an existential threat implies harms that portend a complete annihilation or disappearance of the state. We feel, however, that certain more limited forms of both conventional and unconventional attack against large Israeli civilian concentrations could also constitute an existential threat. In part, our calculation here is based upon Israel’s small size (it is less than half the size of America’s Lake Michigan), its very high
population density, and its particular concentrations of national infrastructure. For example, in one scenario we examined, a single enemy missile carrying 500 kilograms of botulinum to Tel-Aviv would kill approximately 50,000 Israelis. In another scenario, just one missile fitted with 450 kilograms of VX nerve gas would kill about 43,000 Israelis. If the Government of Israel follows the advice of Project Daniel, prospective aggressors would understand in advance that
launching such an attack would result in its own cities turning to vapor and ash.

Of course, following Sun-Tzu, the clear purpose of our recommendation is to achieve a complete Israeli victory without engaging in actual hostilities. In the exact words of our Report, Israel’s Strategic Future: “The overriding priority of Israel’s nuclear deterrent force must always be that it preserves the country’s security without ever having to be fired against any target. The primary point of Israel’s nuclear forces must always be deterrence ex ante, not revenge ex post.

To preserve itself against any existential threats, some of which may stem from terrorist organizations as well as from states, Israel should learn from Sun-Tzu’s repeated emphasis on the “unorthodox.” Drawn from the conflation of thought that crystalized as Taoism, the ancient strategist observes: “…in battle, one engages with the orthodox and gains victory through the unorthodox.” In a complex passage, Sun-Tzu discusses how the orthodox may be used in
unorthodox ways, while an orthodox attack may be unorthodox when it is unexpected. Taken together with the recommendations of Project Daniel, this passage could represent a subtle tool for operational planning, one that might usefully exploit an enemy state’s or terrorist group’s particular matrix of military expectations.

For Israel, the “unorthodox” should be fashioned not only ON the battlefield, but also BEFORE the battle. Indeed, to prevent the most dangerous forms of battle, which would be expressions of all-out unconventional warfare called “counterforce” engagements, Israel should now examine a number of promising strategic postures. These postures could even focus upon a reasoned shift from an image of “orthodox” rationality to one of somewhat “unorthodox” irrationality, although Project Daniel does confine itself to prescriptions for certain defensive first-strikes using conventional weapons and massive countervalue (countercity) nuclear reprisals.

Everyone who studies Israeli nuclear strategy has heard about the so-called “Samson Option.” This is generally thought to be a last resort strategy wherein Israel’s nuclear weapons are used not for prevention of war or even for war-waging, but simply as a last spasm of vengeance against a despised enemy state that had launched massive (probably unconventional) counter city and/or counterforce attacks against Israel. In this view, Israel’s leaders, faced with national extinction, would decide that although the Jewish state could not survive, it would “die” only together with its destroyers.

How does the “Samson Option” appear to the Arab/Iranian side? Israel, it would seem, may resort to nuclear weapons, but only in reprisal, and only in response to overwhelmingly destructive first-strike attacks. Correspondingly, anything less than an overwhelmingly destructive first-strike, they are apt to calculate presently, would elicit a measured and proportionate Israeli military response. Moreover, by striking first, the Arab/Iranian enemy knows that it could have an advantage in “escalation dominance,” allowing it to control the critical “ladder” of escalation. These calculations would follow from the more or less informed enemy view that Israel will never embrace the “unorthodox” on the strategic level, that its actions will likely always be reactions, and that these reactions will always be limited.But what if Israel were to fine-tuned its “Samson Option?” What if it did this in conjunction with certain doctrinal changes in its longstanding policy of nuclear ambiguity? By taking the bomb out of the “basement” and by indicating, simultaneously, that its now declared nuclear weapons were not limited to existential scenarios, Israel might go a long way to enhancing its national security. It would do this by displaying an apparent departure from perfect rationality; in essence, by expressing the rationality of threatened irrationality.

Whether or not such a display would be an example of “pretended irrationality” or of an authentic willingness to act irrationally would be anyone’s guess. It goes without saying that such an example of “unorthodox” behavior by Israel could actually incite enemy first-strikes in certain circumstances, or at least hasten the onset of such strikes that may already be planned, but there are ways for Israel in which Sun-Tzu’s “unorthodox” could be made to appear “orthodox.”

My next column (“Israel’s Survival Struggle and Nuclear War in the Middle East”) will continue to describe the principal recommendations of Project Daniel in greater detail, with particular emphases on the issues of deterrence, preemption, retaliation, and war fighting. A separate column later in this special series on Project Daniel will be devoted entirely to the matter of Israel’s policy of nuclear ambiguity or the so-called “bomb in the basement.”

Louis Rene Beres was educated at Princeton (Ph.D., 1971) and is the author of many books and articles dealing with nuclear strategy and nuclear war. He is the Chair of Project Daniel and Strategic and Military Affairs columnist for The Jewish Press. 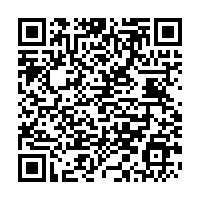