Now that the primary season is seriously upon us, at least one claim is common to all of the candidates. No matter the differences between them, all of the political aspirants exhibit a fundamental populism. “I want to be the people’s president” is their shared mantra. Indeed, for any of them to suggest otherwise would be far more than foolish; it would be downright blasphemous.

Populist appeals are hardly novel in America. On the contrary, they have become altogether obligatory for anyone seeking public office. Interestingly, however, this has not always been the case. Rather, the history of the United States reveals early and substantial contempt for “The People.”


While the men who drew up the Constitution in Philadelphia during the summer of 1787 created a document that was stirringly republican, they hardly believed in the promise of democracy. Rather, deeply impressed with the philosophy of Hobbes and the religion of Calvin, they had very far-reaching anti-popular sentiments.

For Edmund Randolph, the evils from which the new country suffered originated in the “turbulence and follies of democracy.” Elbridge Gerry spoke of democracy as “the worst of all political evils,” and Roger Sherman hoped that “the people… have as little to do as may be, about the government.” Hamilton charged that the “turbulent and changing” masses “seldom judge or determine right,” and recommended a permanent public authority to “check the imprudence of democracy.” Even George Washington, the presiding officer, urged the delegates not to produce a document merely to “please the people.”

Today, many years later, we try to forget that the Founding Fathers displayed a distrust of the common people and an abundant fear of democratic rule. With no more than a half-dozen exceptions, the men of the Philadelphia Convention were scions of wealth and privilege, disdaining the people as little more than a dirty mob. As for the inclination toward serious thought by the populace, it was something only to be discouraged. In the words of the young Governeur Morris: “The mob begin to think and reason, Poor reptiles . . . They bask in the sun, and ere noon they will bite, depend on it.”

Even Benjamin Franklin, whose faith in the people was substantially stronger than that of most of his colleagues, remarked that the public capacity for purposeful citizenship was doubtful. In a similar vein, President Washington, in his first annual message to the Congress, declared that the American people “must learn to distinguish between oppression and the necessary exercise of lawful authority… to discriminate the spirit of Liberty from that of licentiousness.”

Looking back, the Founding Fathers were largely correct in their expectations for popular government, but for all the wrong reasons. We the people have displayed an extraordinary capacity for compliance and for deference to lawful authority. At the same time, we have also revealed a persistent unwillingness to care for ourselves as persons, as individual members of the commonwealth. As a result, the mob does reign supreme in America – not the mob feared by Hamilton and Sherman and Morris – but a dangerous mob nonetheless.

Who are the members of this mob? Significantly, they are drawn from every corner of the nation, from every nook and cranny of our country. They are rich and poor, black and white, Easterner and Westerner, educated and uneducated, young and old, Jew and Christian and Muslim. It is, as so many of the Founding Fathers feared, a democratic mob, but its distinguishing criterion is not poverty or lack of schooling. It is the absence of individuality, participation, and meaningful thought.

Where is the individual citizen, the authentic “one,” who does not draw comfort from the warmth of mass society? He or she no longer exists as a person, but only as a member. For America, it does not matter if the multitude is vulgar or sublime, as long as one is able to belong. For the United States today, demos is not the path to virtue but the valley of mediocrity and, ultimately, despair.

We have come a long way from the ancient Greek belief that a person must be honored for individual worth and treated with respect only because one is oneself. In the words of the Athenian statesman Pericles: “Each single one of our citizens, in all the manifold aspects of life, is able to show himself the rightful lord and owner of his own person, and do this, moreover, with exceptional grace and exceptional versatility.”

In today’s America the one who acts as the rightful lord and owner of his own person is judged either a fool or a sociopath, blind to the incessant demands and material rewards of belonging. It is as members of mass society that we now choose to deform ourselves and to dissolve the republic.

Almost devoid of those rare, noble and quixotic souls who will not stoop to prevailing conformance and imitation, The People allegedly adored by presidential candidates have generally become shamelessly comfortable with “fitting in.” Before this condition can change, it will be necessary for us to emerge from the dreadfully low estate of public life and to display innate powers both cultivated and unspoiled – sound, free from mimicry; displaying that individualization without extravagance that is genuine and unpretentious. Either we shall begin such emergence soon, or “The People” so distrusted by the Founding Fathers of the United States will become the natural enemies of excellence. If we fail, the outcome of the next presidential election will be far less important than we think.

LOUIS RENE BERES (Ph.D., Princeton, 1971) is the author of many books on international affairs. He is Strategic and Military Affairs Analyst for The Jewish Press. 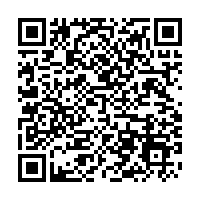