War, terrorism and genocide are not mutually exclusive. Now, as certain portions of the Arab/Islamic world openly declare genocidal intentions against Israel (a war of extermination is plainly a genocidal war under international law), some progressive Jews are proudly leading various rallies and/or publications for peace – a peace that could only be fashioned upon a new generation of Jewish corpses. Here, in the United States, and regrettably, also in Israel, Jewish university professors are all-too typically the leaders in organized campus protests (1) against an alleged Israeli “occupation,” and (2) for expanded Palestinian “rights.”
Not one of these Jewish professors normally murmurs an audible objection to multiple Arab murders of their fellow Jews in Israel by lynchings, shootings and suicide bombings. Nor, one can be rather certain, will any of these Jewish “humanitarians” suggest any reciprocal Palestinian wrongdoing when Hamas’ next round of rockets is fired at cities and towns in Israel, or when Palestinian Authority security forces so rigorously trained by U.S. Lt. General Keith Dayton begin to initiate new terrorist outrages against Israel. Regarding these American-trained Fatah fighters, we can also be sure that they will ultimately also use their new found terror talents against their benefactor – that is, against the United States itself.
Credo quia absurdum. “I believe because it is absurd.” Offered an “opportunity” to combine self-destruction with broader patterns of injustice, we Jews always have enthusiastic takers among us. Always, these grim archaeologists of ruins-in-the-making overlook that any complicity with evil is destined, deservedly, to fail. We still have much to learn, therefore, from The Pianist.
Advertisement

The Jewish Police in Warsaw, we know now, were indecent and foolish. Today’s  “Jewish Police,” mainly American and Israeli academic supporters of Israel’s enemies, don’t wear a uniform or carry a truncheon, but they are similarly indecent, and equally foolish. In some respects, they are vastly more odious than even their Warsaw antecedents, as this current generation of Jewish collaborators does so willingly and smugly, boastfully, and without any genuine prior need for personal or familial self-preservation.
Too often hiding behind their academic robes, and behind sanctimonious yet altogether vacant calls for academic “freedom,” the consuming cowardice of these contemporary Jewish Police is not merely stifling it is also very dangerous. Intermittently reinforced by well intentioned but similarly-uninformed Jews outside the academy who believe that marching ceremoniously for Palestinian statehood is somehow the moral equivalent of marching for civil rights with Martin Luther King, these pitiable but lamentable Jewish minions represent the witless advance guard of Israel’s physical annihilation. Left unchallenged by those who should know better, but who nonetheless remain silent, they will sit by contemplatively, and without remorse, as chemical, biological and possibly even nuclear weapons rain down upon Israel. In Los Angeles, a veritable Mecca for Jews who live comfortably in “caves” (Plato’s caves), they will be visibly upset at what is happening (perhaps even going so far as to write angry letters to the Los Angeles Times), but still not sufficiently upset to interfere with their local Temple’s busy oneg schedule, or with the Sisterhood’s annual and widely-celebrated deli lunch.
Another thought dawns. In Warsaw, the great majority of Jews did not feel it was their personal responsibility to speak and act on behalf of Jewish survival. Rather, they believed, communal safety was exclusively the codified responsibility of community leaders; ultimately, that is, of the Jewish Councils who then both sanctioned and sustained the Jewish Police.
Today, it is clear that an even larger majority of American Jews remain silent in the face of hideous distortions of Israel by their fellow Jews, both in Israel and, here, in the United States.  Many of this “silent majority” are professional and well educated: doctors and lawyers, business people and social workers, teachers and accountants, entertainers and professors. They are silent, they claim, only because they are not “experts.” But the truest reason for their desperate silence is always something else. This is a seemingly irrepressible inclination to meet unwelcome and annoying danger with capitulation, fear and trembling.
What are they afraid of, these gentle and caring Jewish Temple members who can routinely be counted upon for regular donations to help the local homeless, and, of course, to make exceptionally tasty sandwiches for the local poor?  How can these patently good people fail to see that the Jihadist anti-Jewish world is once again mustering for a Jewish genocide, this time a more modernized mass killing in which the technology of annihilation will now bring gas directly to the target populations?  Don’t they see that they have a sacred responsibility, as Jews and as human beings, not to sit idly by as readily identifiable portions of the Arab/Islamic world prepare openly to blot out the increasingly vulnerable and continuously despised Jewish State?
How can these Jews fail to understand their absolute and binding obligation to resist becoming another “Jewish Police?” How, indeed, can they have learned so little from their own modern history? From The Pianist?
Before suffering his then-unexpected torments, the pianist was altogether optimistic about the world. He did not want to be bothered too much about the unrelenting burdens of being Jewish. The world, after all, had become “modern.” Weren’t medieval hatreds, therefore, about to finally disappear?
The Jew had now become free to worry about others. He could even choose to be liberal and cosmopolitan. He was finally free, if only he chose, to stop worrying.
But he was wrong, dead wrong. Today, moreover, the State of Israel, always the individual Jew in macrocosm, exists in existential peril, and without an adequate awareness of its stunningly fragile future by most Jews living elsewhere. For this to change, all Jews, must, at an absolute minimum, firmly reject and counter the frequently false portrayals of Israel’s policies and circumstances (e.g., the calumny of the Goldstone report concerning Israel’s winter 2008-2009 Cast Lead self-defense operation in Gaza). They should also refuse to collaborate in any way with those multiple foes or their hapless agents who would cheerily bring us another Final Solution.  This particular moral and intellectual imperative remains the great lesson of The Pianist.

If we should fail to heed this authentically existential obligation, the yawning abyss of Jewish history will be deep enough to hold us all. We dare not fail.

LOUIS RENÉ BERES was educated at Princeton (Ph.D., 1971), and publishes widely on international relations and international law. He is Strategic and Military Affairs columnist for The Jewish Press. 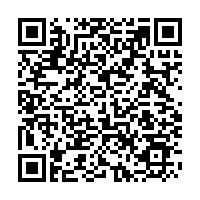