A number of small and large Israeli olive oil producers competed against nearly 100 world-class olive oil companies from 14 countries including Italy, Spain, Argentina, Cyprus and Greece during the course of the five-day event. Hundreds of Extra Virgin Olive Oils and other blends from around the world were on display for tasting by panels of international judges.


In addition, a day-long conference on the influence of olive oil on global health trends attracted more than 100 international food industry experts, dieticians and medical professionals, with some participants arriving from as far away as Japan.

The Terra Olivo competition culminated with an awards ceremony and a sumptuous olive-oil themed dinner, where an array of culinary delights, including ice cream with olive oil, was prepared by the Inbal Jerusalem Hotel’s executive chef, Itzik Barak.

Ehud Soriano, marketing and sales manager of Eretz Gshur, a fledgling olive oil company located on the Golan Heights that walked away with a Prestige Gold Award for being Israel’s “best local producer” of olive oils, told The Jewish Press, “We were up against some of the world’s best olive oil companies from Greece and Italy; winning a Prestige Gold Award against these countries is the equivalent of an Israeli produced Cabernet Sauvignon beating out a similar wine produced by a world-class French wine company.

“We are small country that produces terrific olive oils. Terra Olivo provided us with the opportunity to show that we pay meticulous care to what we produce for the local and global marketplace.”

Bruno de Schuyter, general manager of the Inbal Jerusalem Hotel, added, “The level of the competition and the interest from both local and international food experts, as well as media outlets from around the world, truly exceeded our expectations. The hotel was transformed into a mecca for everything you wanted or needed to know about the future of olive oil in the global consumer marketplace.” 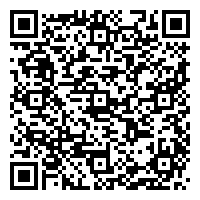