“What is wrong with our country? We have an enemy and he has declared war against us. Every day he tries to kill us. We bury our dead, at least one funeral a week. But we simply refuse to fight back. Why? Why? Why? What is happening here? Have we been bewitched? The ministers eulogize, wail, participate in the sorrow of the families. And what about fighting back?? That’s it? This is our fate? To be murdered by the blade, one after another, quietly and politely. Until we have no more strength and we will be booted out of this country?”

(A reader’s comment on the Ynet article on the funeral of Eliav Gelman, HY”D)

I went to Ma’aleh Michmash yesterday. I wanted to pay a condolence call to Yael, the young widow and mother of the baby of First Sergeant Yanai Tuviah Weisman, who was murdered in the supermarket at Sha’ar Binyamin. I don’t manage to get to all the mourners’ houses, but the picture of Yael’s beaming face next to her husband Tuviah’s – didn’t give me rest. I felt compelled to visit.

Tuviah’s parents were sitting there, next to Yael, who was ensconced within herself. The chief rabbi was there, attempting to comfort the family with heartwarming words. When he left, everybody rose out of respect for the Torah. The Chief of the Southern Command and senior officers of the Nachal Brigade, where Tuviah served, remained.

The effort and caring of the senior echelons of the IDF were very impressive. The general said what he said. The officers, who knew Tuviah personally, talked about the amazing person who was taken from us. I said nothing.

Orly, Tuviah’s mother, nobly turned to the general. With great empathy she asked him to take care of two problems that she witnesses daily as she travels the road to Ma’aleh Michmash. One – the fact that both male and female soldiers serve together on guard duty at the intersection distracts them from their duties and reduces their combat readiness. “I see it all the time,” said Orly. “I have nothing against women serving in the army, but not together with men at an intersection where full combat preparedness is necessary. The second problem that Orly mentioned was that the soldiers at the intersection are always busy with their smartphones. Smartphones should not be allowed while the soldiers are on duty.

The truth is that Orly’s points didn’t really speak to me. What do I care about women in the army or smartphones? What concerns me is how we got to the point at which we have to have soldiers at the intersection in the first place. But women are often more grounded in reality than men. And it was very special that Orly preferred to speak with the general about battle readiness and not ideology.

“As to the telephones,” the general answered, I accept your point and we will take care of it. As to the joint service of men and women, I do not agree. On the contrary, we will add more and more mixed-gender units.”

In other words, the problem that the commander can take care of without stepping out of the bounds of the thought paradigm expected of him will be solved immediately. But as soon as the bereaved mother (naively) prodded him to recognize the problem that the IDF’s political correctness had created, the general refused to relate. He did not tackle the reality on the ground as Orly witnesses it daily. He did not even attempt to argue with her or point out her error (as he perceived it). He simply and abruptly ended the discussion and went on to a new topic.

And that leaves no one surprised.

“What is happening here? Have we been bewitched?” asked the Ynet reader.

Armies of broadcasters, multitudes of journalists, authors, teachers, lecturers, officers of glorious fame, enlightened rabbis, High Court justices, research institutes, respected politicians and, of course, Shimon Peres – all of the brave and beautiful and all those who dream to be like them, all the flunkeys and yes-men – have bewitched us.

And now, truth does not matter. All that matters is the truth that someone would like to see.

What did you expect, dear bereaved mother? That the general would say, “You know what, I never thought of that”? After all, it is clear that any normal male soldier serving on combat duty with a female soldier will be distracted. Did you expect that he would say, “Let’s check it out. For one month only male soldiers will be on combat duty at the intersection”? Is that what you expected? On the very next morning, Karen Neubach on the morning news would have crucified him. MKs Merav Michaeli and Michal Rozin would have submitted an urgent query to the Knesset.

What were you thinking, dear bereaved mother?

Like the general, the chief of staff, defense minister, and prime minister will never dare think outside the borders that will endanger their next step up the ladder. They will never say, “We made a navigation error, let’s make a U-turn, let us return to our lost sense of justice. This is our land and whoever doesn’t accept that and rises to kill us will be killed first.” Instead, they look at the attorney general from the corners of their eyes – at the TV news and the blacklists in London. What do they need it all for? Let’s put another million soldiers at the intersection. Is it any wonder that people are killed by friendly fire?

Yes, the ministers will eulogize the latest victim and continue to recite the exact same empty clichés from the same bleeding peace industry (of which the Right has become an integral part). In exchange, the “industry” will continue to preserve their status and promote them.

In your comment, dear Ynet reader, you asked how there can be such quiet while people are being slaughtered. It is really very simple. The Right won the elections. If the Right had lost, then for issues much less serious than murder in supermarkets and bus stops, everyone would already have been out in the streets. Bibi and Bennett and the Yesha Council would all be leading stormy protests.

But the Right won the victory of its life. So we can have no expectations and we are all being slaughtered – “quietly and politely.”

Afterwards, we will all vote again for the same shrewd politicians – as if it really matters how many goals the Right wins. And then we will continue to be slaughtered and they will come to comfort the bereaved family and wail and dish out the same, meaningless hash.

Outside, they told me that the officer who had been wounded at the Gush Etzion junction had died of his wounds.

Is It Proper…? When bad things happen to someone else, is it appropriate to speculate why? 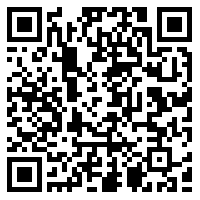