An Israeli couple is hoping to bring home the sheep they’ve been raising, but the process has been a bit complicated. The herd of 130 is comprised of the apparent descendants of the Biblical patriarch Yaakov (Jacob).

Yaakov received speckled and spotted sheep as wages from his father-in-law Laban (Genesis 30:25-31:16) and with time grew wealthy despite Laban’s stinginess.

Jenna and Gil Lewinsky gathered a herd of 130 such sheep (which are now extinct in Israel) and raise them in Vancouver; but the couple hope to bring the sheep back with them to the Jewish State.

They initially ran into resistance from the Agriculture Ministry, however. The project was rejected because the Ministry said Canada is not one of the country’s “approved sheep importers.”

But the Foreign Ministry intervened via its embassy in Canada, which facilitated a dialogue between the ministry and the Lewinskys. Israel’s ambassador to Canada got involved as well.

Since that time, the Agriculture Ministry has changed its attitude and this week was in touch with its Canadian counterpart to launch the import process.

“This should be the national animal of the Jewish People,” Jenna Lewinsky told Israel HaYom. “It would be a very important and historic moment when these sheep return after basically 2,000 years.” 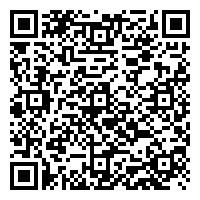