It is difficult for some to accept the connections being made between Manhigut Yehudit and those who, when push came to shove, voted in favor of the Expulsion from Gush Katif. Both MK Miri Regev, who works tirelessly on behalf of every nationalist issue – be it the Ulpana Hill or the African infiltrators – and Minister Silvan Shalom, who has been a very positive force for the settlements and other national interests, were not in the right place at the critical hour. Many find our renewed friendship hard to swallow.


The Israeli Right did not have the tools to counter the alternative promoted by the Left because it never really had an alternative. All that the Right had was healthier national feelings. But feelings don’t stop trains – and they certainly cannot place them on a different track to a different destination. Inside the train, the Likud MKs will do all they can to help, but they are incapable of changing its direction.

When it gets to the point that continued support of the settlements will be deemed political suicide, the Likud MKs will need an alternative support that will provide them with a different ideology and leadership. That is the only way that they will be able to continue to fight. As long as that support does not exist, nobody can expect them to do more than they are doing now.

Those who want to make life easy will once again repeat the erroneous Effie Eitam paradigm. Once again they will register for their own small party that will split up yet again and run in the next election under a different name. As the old saying goes: fool me once, shame on you; fool me twice, shame on me! Religious Zionist politics is once again leading its voters down the same, fallacious path. The same mistakes have been made over and over again, in innovative variations, beginning from the days of the Techiya Party. Whoever is duped again has only himself to blame.

Now back to the settlements. The Oslo train cannot be turned around without true leadership and an alternative track. There will be no new settlements in Judea and Samaria, no return to the glorious pioneering days, no new Ma’ale Adumim or Ariel, and no new neighborhoods inside those towns until the change is made. But the destruction can be stopped. The strategic change that is necessary entails establishing new, faith-based leadership that is not dependent on the established powers that be.

The Left is working wisely. It is progressing incrementally, fully synchronized with its people in the state’s attorney’s office and the High Court. They know that too great an achievement all at once could torpedo all their gains. But after the destruction of these small settlements, we will once again be hearing from Peace Now in Ofra, Shilo and the rest of the towns in the Binyamin region.

We must continue the struggle. If the decision makers believe that the threat of a real struggle is not hanging over their heads, their fear of the Left will naturally be greater than their fear of the settlers. 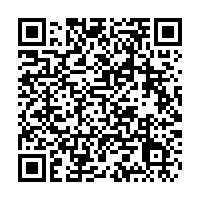