Last week, the IDF dealt with the mortar fire from Gaza by employing smart missiles that take out mortar shells while in flight.

Strange, isn’t it? Guided missiles against mortar shells? But for Israel’s citizens, it seemed perfectly normal.


When Rabin, Peres, Netanyahu, and Sharon shook the hand of the head of the Organization for the Liberation of Palestine – all of it – Israel lost much more than territory. It lost the justification for its sovereign existence in the Land of Israel. When Israel recognized a foreign nation’s right to the land, it turned itself into a colonialist state and the terrorists who launch the rockets, mortars, and terror kites into freedom fighters.

First, Gazan terrorists would shoot rockets into Israel. For that, Israel developed the genius Iron Dome. Then, Hamas resorted to firing mortar shells into Israel. And then, when the amazing Iron Dome was upgraded to be able to down mortar shells, Hamas tried terror kites.

So far, this one has left Israeli experts stumped, but never fear. The famous Jewish brainpower will find a technological solution for those burning kites, for incendiary balloons, and for who knows what else. Maybe for dynamite doves. Perhaps blazing butterflies?

We will do anything to avoid admitting that the land is ours. 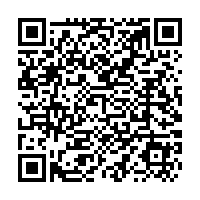