Editor’s note: The following are translated excerpts of a recent interview with Moshe Feiglin on Kol Hayam Ha’adom Radio.

Shalom, Moshe Feiglin, chairman of the Zehut party. How are you?

I am fine, worried about my son, but also very proud of him. He did not call upon soldiers to disobey orders for no reason. He touched upon a very painful point for the Israeli public, as you can see from the comments on his post and on mine.

Actually, he said, “The emperor has no clothes” – which is true. Most of the IDF soldiers killed over the last few years were killed because the IDF prefers to protect the lives of a hostile population rather than the lives of its own soldiers. This is absolutely terrible. It is clear to us all and can no longer be hidden.

The IDF Givati soldier killed last Friday and the officer shot in the stomach this past week were both shot because sharpshooters hide behind Arab rioters. Nonetheless, the IDF sends the soldiers to “contain” the riots with the knowledge that there are snipers out there waiting to shoot them. Even the chief of staff announced that he prefers to let Israel’s southern region burn down and not to shoot those Arabs who are sending the incendiary balloons into Israel before he checks their age.

This is a warped values system. My son said, “Enough is enough. I am not willing to cooperate with this.” Not because he doesn’t want to be on the front line. He was an excellent combat soldier and is near the end of his term of duty. He could have ignored the situation, received his honorable discharge, and enjoyed all the benefits that IDF veterans receive.

But he decided to forgo all that and to fight for the lives of the soldiers who will come after him. I am very proud of him.

In his post, your son wrote that soldiers in Gush Etzion were used as bait to get a sniper to fire at them. This incident was presented to the soldiers as instructive battle legacy and a great success.

I thought that my son’s post and my support for him would bring out a lot of anger from the public. I am pleasantly surprised to say that my son touched upon a painful point, upsetting the public on both the Right and Left. There are many parents of soldiers out there, and many others who understand that they have turned our sons into cannon fodder for a completely warped ideology and values system.

This cannot continue. I hope that my son’s act of bravery – and he is surely on his way to jail for this – but I hope that his brave action will mean that the next time IDF commanders consider sending our soldiers into combat while preferring the lives of a hostile population over their lives, those commanders will think twice.

Because it is not only the radical Left and all the funds that support them, spreading like a disease through the IDF, that knows how to make noise. The majority of the Israeli public also has true values and it is willing to stand up for them.

Moshe, are you not concerned that soldiers will read your son’s post and will decide to disobey orders for other reasons?

My opinion on insubordination is known. I think that every responsible citizen, when faced with a patently illegal or immoral order, must disobey. This, by the way, is the law. His insubordination does not destroy the army. It builds the army.

I will give you an example. Thirteen years ago, the communities of Gush Katif were destroyed. There were soldiers who considered insubordination, and there were those who told them that if they disobey, the state will collapse. In the name of blind obedience, they told the soldiers that they have to go to Gush Katif, drive out its residents, and destroy their communities.

What did we get as a result? We got endless rounds of fighting with Gaza. We got missiles and rockets and mortar shells and arson blazes throughout southern Israel and we got an army that is incapable of dealing with a kite.

If there had been responsible citizens then who would have refused their orders, who would have said, “We are not going to obey this immoral and illogical order,” a red line would have been drawn and southern Israel would be at peace today.

Israel’s Left always knows how to draw red lines around the borders of its willingness to obey orders. As a result, nobody would ever think of talking about expelling the residents of legal Arab villages.

On the other hand, the Right and the religious Zionists and all those with nationalist values have never known how to present a moral red line for the army and the state. As a result, we are sending our sons to die for the values of the New Israel Fund and the most radical Left. The time has come for the nationalist public to draw its red lines. 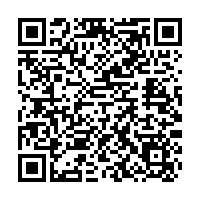