InterfaithFamily, which claims to be “the premiere resource supporting interfaith couples exploring Jewish life and inclusive Jewish communities,” this week published its survey on “rabbi officiation,” which focused on the Central Conference of American Rabbis (CCAR) – the Reform clergy leadership organization; and the Reconstructionist Rabbinical Association (RRA). And they were “thrilled” to provide those results, which – spoiler alert – suggest that the vast majority of Reform and Reconstructionist clergy have no qualms about adding more non-Jews to their fold without conversion.

“More than 85% said that they officiate at the weddings of interfaith couples,” according to the IFF survey results, and “93% of rabbis ordained after 2010 officiate at interfaith weddings.”


Or, to put it in inverse terms: only 7% of said clergy refuse to run interfaith ceremonies.

The possible explanation is revealed in the very last survey item published by IFF: “Two-thirds of rabbis who specify price say they charge $500 to $1000; another 25 percent said $1000 to $1500” for each wedding officiation. As the numbers of actual Jews who would require the services of CCAR and RRA clergy dwindles, and the bills continue to pile up – so you do what you can.

By the way, we plugged these figures into an online sequence solver and received 58% as the next figure. It’s not scientific, but considering the current direction of both non-Orthodox affiliations, it doesn’t sound entirely outlandish.

There are mitigating components to the above horror show. The FFI survey breaks down those 85% of clergy who accept interfaith gigs, and discoveries that: 59% require a commitment to establish a Jewish home and/or raise Jewish children as a condition of officiating; 26% require a course of study in Judaism before the wedding; 22% require the partner from a different or no faith tradition to not be committed to another faith; and 13% require the partners to be open to conversion.

On the other hand, according to the same survey, “more rabbis ordained before 2000 co-officiate [with clergy from other faiths] (27%) than those ordained after 2000 (23%) or 2010 (23%),” and “another 20% said that they permit clergy from other faiths to offer prayers or readings that contain no theological references to religions other than Judaism.”

Incidentally, as we were clicking through the IFF website, we ran into a page pushing their booklet, Havdalah Made Easy, which “explains all that you need for the brief, but memorable, ritual.”

The pitch goes: “Havdalah is Hebrew for separation. As we metaphorically close the door on Shabbat, we remind ourselves of the differing qualities of time that we have experienced.” Also: “This dramatic ritual is a favorite of both children and adults. It uses all five senses in the goodbye to the Sabbath. It can be the small, intimate ending note of a visit with friends that began on Shabbat afternoon or it can be a theatrical start to a big party on a Saturday night.”

To remind you, the blessing that accompanies our Havdalah ceremony begins: Blessed are You, God, our Lord, King of the universe, who separates between the holy and the profane; between the light and dark; between Israel and the other nations…” 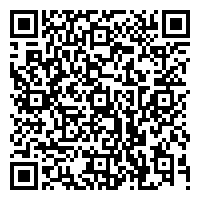