Nothing is new. The recent murder of the Jews in France should surprise no one. It exposes a dismal reality that is taking shape in Europe and throughout the world.

The murderous anti-Semitism that culminated in the Holocaust of European Jewry retreated with the establishment of the State of Israel and bottomed out after Israel’s victory in the Six-Day War. “For the first time, I dared walk outside with a Jewish star around my neck,” related a Chicago Jew at the time.

“This nation that I have created for Me will tell my praises,” says Isaiah in Prophets. The entire world anticipates this Jewish message. When the Jews conquer their land and hold it dear, they testify to God’s presence in the world. As Rashi explains, God created the Land of Israel, He took it from those who were living there, and gave it to His children. It was specifically when we took the Sinai, Judea, Samaria, the Golan and above all – Jerusalem – by storm, despite the Arab refugees, that anti-Semitism practically disappeared.

The world waited for the Jewish nation to imbue the Holy Land with sanctity. It expected holiness and a universal message to emanate from Jerusalem. In the words of British intellectuals, describing their disappointment with Israel, to those of Sapir College Professor Ze’ev Tzahor, “We dreamt of a place in which the new Book of Books would be written as the preface to the redemption of the world. You are, after all, a treasured and unique nation. The world had expectations, and look what you have done.”

The British intellectuals were not concerned with how we got here, but rather with what we will be doing in the future. In their eyes our right to this land is not a function of the past, but rather of the future. It is destiny that makes energies flow and vitalizes existence. When destiny is erased, existence loses its legitimacy and falters.

The Bible-based cultured nations have great expectations from the People of the Book. They want to see a new, inspiring vision emanating from Zion. When this vision is sparkling on the horizon, it inspires and pulls the upper tiers of Western culture to stand by our side. But when no vision emanates from Zion, the basest dregs of the West connect to the wild beasts of the desert.Anti-Semitism is the result of our denial of our destiny in the Land of Israel. 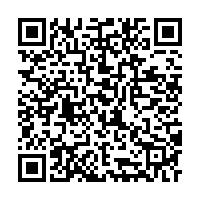