“This is not the good old Likud that we know,” sighed the party’s veteran princes. “Where is Begin’s liberalism?” cried the journalists. “Where is the Jabotinsky splendor?” “We must guard against the tyranny of the majority.” “Democracy is in danger!” “A murky wave threatens Israel’s democracy!” “A dark Feiglinite dictatorship.”

If you listen to the cries of despair over some of the latest legislative proposals (an increase in the fine for slander and required hearings for Supreme Court candidates) emanating from Israel’s media, you may mistakenly think that Israel has suffered a military putsch. Perhaps Augusto Pinochet has returned from the dead and taken over the Knesset? But in truth, the new legislation is not a threat to democracy, but rather a brave attempt to save it.

Yitzhak Rabin’s leftist government rammed the Oslo Accords through the Knesset with a miniscule majority. (That majority was obtained by simply promising ex-MK Alex Goldfarb a new Mitsubishi and the deal was done.) The Oslo Accords destroyed thousands of lives and threw the State of Israel into a suicidal process from which it has yet to recover. Nobody in the media talked then about the tyranny of the majority. On the contrary, instead of fulfilling their intended role as the watchdog of democracy, the media turned themselves into democracy’s attack dog.

Ariel Sharon garnered the majority that he needed to expel the 10,000 residents of Gush Katif by firing the government ministers who opposed the expulsion. He received the Supreme Court’s endorsement of his “democratic” majority and the media declaratively treated Sharon with kid gloves. All of his misdeeds were put on hold as long as he was carrying out the much-anticipated expulsion and destruction. We all know the price: missiles fired from the ruins of Gush Katif straight into Beersheba.

Nobody then deplored the tyranny of the fictitious majority. The Likud’s Dan Meridor (now a government minister) even came to Kedumim and, to my astonishment, explained to the people there that the expulsion was an expression of democracy and that they must cooperate with it.

It is no coincidence that most of the legislative proposals by the new, excellent Likud MKs are aimed at the courts and the media – two entities not elected by the public. Both express a blatantly anti-nationalist agenda and represent the opinion of the minority in Israel. These bodies are accustomed to controlling Israeli society, fashioning the public agenda as per the worldview of the shrinking minority, and keeping Israel’s elected officials on a tightrope.

This small clique has engineered the Israeli public space so that when the voter votes left, he gets left – and when he votes right, he also gets left. This tyranny, this inability of the Jewish/nationalist/rightist/traditional majority to express itself through democratic elections is poised to be rectified by the extremely democratic new legislative proposals. That is the source of the left’s heartrending cries. Those who have gotten used to ruling without elections have suddenly realized that the party is just about over, and they are firing all their cannons.

If passed, The Silencing Law will prevent slander against innocent people. A newspaper has money and high-powered lawyers, and can write whatever it wants about an individual. Most people cannot prove that the slander harmed them, and who can fight a long court battle against the all-powerful media? The apology, if it comes, is written in two tiny rows somewhere in the back of the paper, a pitiful contra to the original screaming headlines and huge pictures on the front page.

The so-called watchdogs are not guarding democracy. They are guarding themselves, making sure that you will not hear what they do not want you to hear and ensuring that you will not think for yourself. How Orwellian the name The Silencing Law for the proposed legislation meant to protect the citizens from slander. It explicitly states that if the report is true, the media source is not liable for damages. But the media want the right to slander, not the right to expose the truth.

I salute the new generation of Likud MKs, who are the party’s real princes. In their merit, Jabotinsky can start to smile. They shouldn’t give up. Through their efforts, Israel may yet enjoy real democracy. 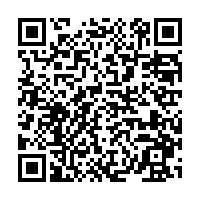