Since I never know how long people stay focused, let me quickly get to the conclusion: Zehut is alive and well and will continue what it started. Moshe Feiglin is not looking for a new job and Zehut material is not being sent to a museum. Zehut was knocked down, but not out.

When we started Zehut, we had three goals:

2) To implement changes in Israeli society, based on Zehut ideology, from inside the Knesset

The political campaign was a hard-fought battle and, yes, we put everything we had into it, but you must understand that, while very important, getting into the Knesset was just one of our three goals.

There’s no question that once in the Knesset, achieving our other two goals will be much easier – which is why we gave it our best shot – but not getting in doesn’t mean we’re finished. Moshe Feiglin summarized it best: We failed as a political party but we succeeded as an ideological movement.

Think about it for a moment. The ideological movement called Zehut began in January 2015. For the last four years, we have been educating Jews, in Israel and around the world, about the importance of Jewish identity on a national level. Moshe wrote hundreds of articles and thousands of social media posts about this concept.

When elections in Israel were announced, we took the ideas of our ideological movement – our platform, vision, and plan for Israel’s future – and translated them into political action. The campaign lasted five months. It is true that we worked night and day during most of those five months and, when it was over, we failed to reach our goal, but should we abandon what was done the previous four years because of that loss?

Furthermore, while we did not succeed in getting the votes, we did succeed in getting attention. This political campaign helped Zehut in countless ways. Thanks to the hard work of staff and volunteers, every single Israeli today knows about our message of liberty and personal freedom. Millions – yes, millions – of people were introduced to our ideas on the free market economy, school vouchers, the legalization of cannabis, the termination of the Oslo Accords, and the end of the Israeli Land Authority.

Moshe Feiglin is literally a household name a real star on the Israeli political scene. Even after our disappointing defeat, the media has been running after him.

So what do we do now? Simple. We dust ourselves off, figure out what went wrong, correct those mistakes ASAP, and keep going! There’s no question that it would have been much easier to move our ideology along had we entered the Knesset, but just because we failed in that one area does not mean we should shut down our entire operation!

I firmly believe that a large segment of the population loved our ideas, but just weren’t ready to vote for us. Will they be ready to vote Zehut the next time around? I believe “yes” and here’s why: While we definitely made mistakes during the campaign, what happened to us is exactly what happened to five serious Knesset parties. We were all cut in half! Think about that for a moment:

* In the final poll before Election Day, the United Right (Peretz, Smotrich and Ben-Gvir) polled between 9-10 and they ended with 5.

* The Gesher Party (led by Orli Levy) polled at 4 and ended with 2.

What happened to all these parties was the same: While Israeli voters planned on voting for smaller parties, in the end they went to one of the two big parties; Likud and Blue and White.

And now comes the important point: The only parties that actually passed the threshold were ones that had a core base of support. That’s why Lieberman passed the minimum and why Smotrich, Shas, Agudah, Kachlon, and Meretz passed as well. All of them – every single one – had a core base of supporters, either Russians, or Religious Zionists, or charedim, or extreme leftists.

The ones that did not have a core base of supporters – Bennet, Levy, and Feiglin – did not pass. The only difference in that final group is that two of them – Bennet and Levy – are gone forever while Feiglin is not. Based on this analysis, the goal for us is very clear; turn the 120,000 people who voted Zehut into a core base of support.

I will state, once again, that we definitely made mistakes, but that’s not the reason why we lost! The final poll of 6-7 was real, but half our people went to save Bibi from the big, bad Gantz. A core base of supporters would not have done that. They would have stayed with us, as the Russians stayed with Lieberman. That is our major political task in the coming years. So let’s get to work! Am Yisrael chai! 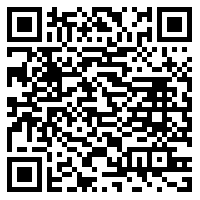