Ariel Kahana, the political reporter for the pro-Netanyahu daily Israel Hayom, on Tuesday reported that the social networks had been “going crazy” over a long and detailed announcement “purporting to describe the secret political chapters of the ‘deal of the century.'”

Citing not a single such source, Kahana proceeded to leak a hefty portion of the deal, without attempting to verify it. Instead, he told his readers: You be the judge. Which perhaps makes sense, since Israel Hayom is a freebie, so you get what you pay for. Several Muslim sources picked it up, including the Turkish Anadolu, Ma’an and the Palestinian Authority.

Suspecting that this is nothing more than a fabrication, released by someone in Israel to test the public’s reaction, we’re offering a translation of the document, and, hey, you be the judge.

“The following are the main points of the agreement proposed by the US administration, of which I have become aware,” according to Kahana:

A tripartite agreement will be signed by Israel, the PLO and Hamas, and a Palestinian state will be established, which will be called ‘New Palestine,” in Judea, Samaria and Gaza, outside the settlements, as will be explained further.

Note: The PLO and Hamas have been trying to establish a united government for close to a decade. The notion that they would now unite to sign an American proposal conveniently ignores reality. But do go on…

The settlement blocs as they stand today will remain in the hands of Israel with a few settlements added. The blocs’ areas will grow according to the area of ​​the isolated settlements that will be added to them.

Note: This is obviously a nice way to suggest that as many as 110 settlements which are not in the neighborhood of the settlement blocs would be uprooted. Even if it would be feasible to evict between 50 and 100 thousand settlers (Gush Katif involved only about 8,000), the economic burden of compensating and resettling these Israeli would be staggering. With about 70% of Israeli Jews identifying right, this idea is insane.

Will not be divided and will be shared by Israel and New Palestine, serving as the capital of both. The Arab residents will become citizens of New Palestine. The Jerusalem Municipality will be responsible for the management of all areas of governing, except in education for Arabs, which will be handled by New Palestine. New Palestine will pay the Jerusalem municipality real estate taxes and the water bill.

Note: The part about the Palestinian State paying its bills is nice to know, seeing as the Palestinian Authority has been mired in debt to Israel for all the services it receives, including power, which is being subsidized heavily by the Israeli consumers.

Note: This last mishmash will guarantee the defeat of any Israeli PM who would endorse it. He or she would face heavy criticism not just from the right, but likely from a vast majority of Israeli Jews, left and right alike. Leftist media insist that on the ground the Arab neighborhoods of Jerusalem are a separate part of the city, but the right has been engaged in a decades-long operation to redeem whole sections of the Muslim quarter of the Old City as well as swaths of dwelling areas in the Arab neighborhoods, including parts where Jews used to live before being chased away by the Jordanian Legion.

Also, the part about the holy places remaining as they are suggests the permanent control of the Jordanian Waqf over the Temple Mount and the grandfathering of the prevention of equal Jewish use of the compound, including for ritual purposes. Seriously?

Egypt will lease new land to New Palestine for the purpose of establishing an airport, as well as manufacturing, agriculture and commerce, in addition to housing. The size of the areas and the price will be determined by the parties through the mediation of the supporting countries (an explanation to who the supporting countries will be given further). A highway will be paved connecting Gaza with New Palestine, as well as an underground water channel from Gaza to New Palestine.

Note: This happy segment provides all the fundamental tools for the destruction of Israel. Not only would Hamas be able to import weapons by air, it would also have a highway across Israel at its disposal. Reminds you of Comrade Vladimir Ilyich Ulyanov, better known as Lenin, who promised: “The capitalists will sell us the rope with which we will hang them.” Just substitute Jews for capitalists.

The countries that will financially support the implementation of this agreement are: the United States, the European Union and the oil-producing Gulf states. The supporting countries will provide a budget of $30 billion over five years for national projects for New Palestine.

6. THE DIVISION OF Spending AMONG SUPPORTING COUNTRIES

C. The oil-producing Gulf states 70% – divided according to their oil production.

D. The justification for most of the burden falling on oil producing countries is that they will be the main beneficiaries of this agreement.

Note: There are several problems with the above segment.

First, without having the practical means of establishing democratic rule in this New Palestine (see further a discussion of this item in ways that make it certain the same gangsters will remain at the helm in Gaza City and Ramallah), this will simply enrich Hamas and the PLO to the tune of $30 billion.

Second, with oil prices remaining where they are, it is hard to envision any gulf state, say Saudi Arabia, willing to pay this much cash to an entity which is its mortal ideological enemy (Hamas is a stronghold of the Muslim Brotherhood, the Saudis are staunch Wahabis). It is also questionable whether the EU or the US could muster the popular will to lay out this much money.

Third, how would the gulf states be “the main beneficiaries of this agreement?” They seem to be doing just fine today, ignoring the plight of fellow Arabs everywhere in the Middle East. In fact, the gulf states are much more interested in maintaining strong ties with Israel, which the see as a strong ally against the real regional threat, Iran.

Segment 5 concludes with this comment: (The cost of evacuating the isolated settlements and their location in the settlement blocs will apply to Israel).

Note: This last statement in parenthesis convinces me that this “leak” is intended to stir momentum against the Trump deal. Evicting and then rehabilitating as many as 100,000 resistant settlers could weaken Israel’s economy, destroying its high standard of living. Who wants that?

Note: This is definitely the most sci-fi portion of the document, and disregards the entire failed experiment launched in 1994 by the Oslo accords.

New Palestine will not be allowed to establish an army. The only arms there would be light weapons kept by the police. A defense agreement will be signed between Israel and New Palestine, in which Israel will guarantee the protection of New Palestine against all external aggression, for which New Palestine will pay Israel. The cost of this protection will be negotiated between the parties, mediated by the supporting countries.

Note: Like I said, there is no smidgen of reality in any of the above segment, from the willingness of the Arabs to accept Israeli protection, to their habit of just not paying Israel for whatever services it provides them, it’s just a heap of unmitigated nonsense.

8. TIMES AND STAGES OF EXECUTION

Note: Speaking of sci-fi, the reader already knows that not one item on this list will ever be carried out.

Upon signing the agreement:

A. Hamas will deposit all its weapons, including its members’ personal weapons, in the hands of the Egyptians.

B. Hamas members, including the leaders, will continue to receive salaries from the supporting countries until the establishment of a new government.

C. All the borders of the Gaza Strip will be open to the passage of goods and workers to and from Israel and Egypt, as they are today between Israel and Judea and Samaria, as well as by sea.

D. Within a year, democratic elections will be held and a government will be elected to run New Palestine. Every Palestinian citizen will be able to run as a candidate in these elections.

E. Regarding security prisoners – one year after the elections and the establishment of a government, the prisoners will be released gradually over three years.

F. Within five years, a seaport and an airport will be established in New Palestine. Until ten, NP will use the airports and seaports in Israel.

G. The borders between New Palestine and Israel will be open to the passage of citizens and goods as is the case between friendly countries.

Note: There will also be a separate air route established across Israel, where pigs will fly.

A. The Jordan Valley will remain in the hands of Israel as it is today.

B. Route 90 will turn into a four-lane toll road.

C. Israel will issue a tender for paving the road.

Note: The Jordan Valley is considered Israel’s primary security asset in maintaining the peace inside today’s Palestinian Authority. It allows the IDF to separate the PA based terrorists, Fatah, Hamas and the Islamic jihad, from their millions of supporters across the river. By handing the NP control over the crossings, Israel might as well drop its entire effort to secure against Jordan-based terrorists’ collaboration with the terror network that was put down temporarily in 2003. This means, effectively, the resumption of suicide bombings inside green line Israel. Good luck. 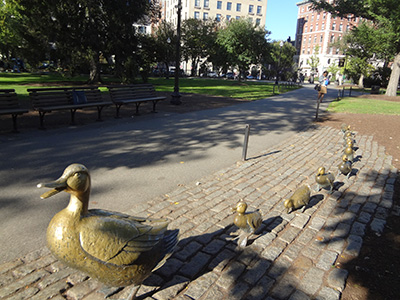 Note: This segment, too, makes it quite obvious that this document was released for propaganda purposes, most likely by an interested source in Israel’s right, I’m guessing Likud. It uses language that is clearly rooted in Israeli thinking. The last line, about Israel’s suffering economic consequences should it object to the deal, is beyond Preposterous.

A. If Hamas and the PA object to this agreement, the US will cancel all its financial support for the Palestinians and ensure that no country in the world give them money.

C. If Israel objects to this agreement, economic support for Israel will cease.

So, in conclusion, to paraphrase Prime Minister Netanyahu, it walks and quacks like a duck, and it was published in a newspaper that favors one of the principle ducks, it’s definitely a duck. 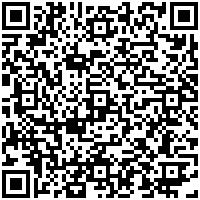