Taking offense is generally not a good character trait – especially when no offense is intended.

But today, hardly a month passes in which someone doesn’t take offense over one thing or another. Often the person taking offense isn’t even personally involved. He claims to be offended on behalf of other people.

They also take offense at the name of Washington’s football team: the Redskins. No one today means to offend American Indians when they say this football team’s name. The Indians themselves don’t demand that the name be changed. But white liberals do. For a while, the San Francisco Chronicle even refused to use the name “Redskins” on its sports pages to describe this team.

We American Jews never acted in this fashion. Many Western heroes were unfortunately prejudiced against Jews. Some even detested them. But we don’t go around demanding that people stop reading Voltaire’s Candide, burn Ford cars, rename Stuyvesant High School, or demolish the Lutheran Church. We realize that even great men are flawed and that people are often a product of their time.

We wouldn’t necessarily name a new Jewish school “Voltaire Academy,” but we certainly don’t go around trying to rename institutions that already bear his name. What occurred in the past is in the past, and we don’t feel threatened by it.

We also realize that reigniting old fights is not generally wise. It only inflames passions and creates a problem where none otherwise exists. Best to let sleeping dogs lie and move on with life.

Unfortunately, this attitude is beginning to fall out of favor – at least among secular Jews. Recently, some of them have called on two American military cemeteries in Utah and Texas to remove gravestones of German prisoners of war that contained small swastika engravings on them. These gravestones have stood for 75 years. Whom exactly were they bothering? How many people even knew they existed?

Of course, the swastika is a symbol of unimaginable evil. And if the gravestone of a Jew stood right next to a gravestone with a swastika, I would readily support the parent of that Jew raising a storm to get the swastika removed. But as matters stand now, why should we make an issue of something that not one in 10 million Americans knows about? Will calling for someone’s gravestone to be destroyed – generating news headlines nationwide – really decrease anti-Semitism? Or will it do the very opposite?

I believe this petition is wrong-headed and mean-spirited. This student is, as the expression goes, “young and dumb.” She arguably doesn’t even know what the swastika represents (to some, Nazism has regrettably become a perverse symbol of manliness). Even if she understands its significance, is calling for her expulsion really in order? Isn’t this demand a bit vicious? A bit over the top?

Needless to say, I hate Nazis no less than my fellow Jew. When I was in Germany on assignment for The Jewish Press 15 years ago to cover the opening of Berlin’s new Chabad House, I purposely didn’t spend a single cent there – not even to buy a soda – as I didn’t want to support the German economy.

But there is something unhinged and frightening – almost bloodthirsty – about calling for expelling students and destroying gravestones. Americans (and certainly Jews) didn’t used to make such demands. We used to understand that history is replete with questionable characters and affairs, but that only radical revolutionaries try to destroy everything that came before them and start history anew. Only totalitarian states try to destroy your life if you step out of line.

I believe we should walk in the traditions of our parents and grandparents. Constantly taking offense is no way to live and demanding violent solutions to desiccated symbolic problems is inappropriate.

Let revolutionaries call for destruction and mayhem. The rest of us should take a proverbial deep breath and get on with the business of life. We can live upright moral lives without perpetually taking offense and seeking to overturn, uproot, and destroy. 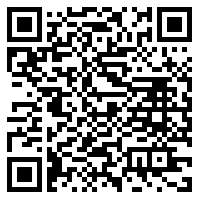