Home InDepth Columns Ostroleka Jewish Cemetery Exposed During Roadwork
Share on Facebook
Tweet on Twitter
The Jewish community in Ostroleka Poland was first established in the 17th century and like all other communities in Poland saw good times and bad. At the beginning of the 20th century the community numbered 6,219. During WWI the Russian Army destroyed the town while retreating and many Jews left for other cities, especially Warsaw. But after the war, Jews returned to Ostrolekaand by 1921 they numbered 3,352, more then a third of the total population.

During the Shoah the Germans occupied Ostroleka, and in September 1939, they immediately killed many Jews and exiled the rest to the Russian sector. Many who had stayed nearby in places, such as Bialystok, were later caught in the German trap when they invaded Russian territory in June of 1941.

This short history cannot do justice to the glory that had once been the Jewish community of Ostroleka. There were the rabbis, furriers, shoemakers, potters, and shop keepers. The street would have been full of laughing children and adults struggling to make a living. A true community.

Today there are no more Jews in the town. The synagogue is now a garage and there had been no sign (until recently) of the cemetery that once held the remains of hundreds, if not thousands, of Jews that once called Ostroleka home.

It was the Germans who first started the desecration of the Jewish cemetery in Ostroleka and it was the communist regime that erased the final signs of the cemetery. They built a road through the cemetery, as well as a school. Thirty years ago water, sewer and telephone lines were laid on the cemetery grounds.

As in all municipal works there is need for renovation and upgrades. A few weeks ago Ostroleka started work in Janusza KorczakaUl, the street that runs through the cemetery. There is a law in Poland that requires all towns and cities to notify the Rabbinic Council for Jewish Cemeteries in advance of any work but in the case of Ostroleka this was not done.

In a telephone interview Chief Rabbi of Poland, Rabbi Michael Schudrich, said that it had been bad enough that the cemetery had been destroyed 30 years ago by the communists but now the modern town was going against Polish law and exposing human remains.

“This is not the first time a city has uncovered a cemetery during roadwork,” Rabbi Schudrich said. “Two years ago we had a problem in Lodz. The city itself realized the problem, immediately contacted the local Jewish community and came to a solution. They acted in full respect, understanding the importance that the community held for the cemetery and those interred within.”

In Ostroleka it is a different story.

The work planned goes further then the past destruction. The town plans to replace five lines and install one new one placing the lines deeper then before and even widening the road itself.

“They just don’t get it,” Rabbi Schudrich said. “My job is to make them understand.”

“It is ironic that the name of the road going through the cemetery is named after the great educator and Warsaw Ghetto orphanage head, Janusza Korczaka.”

The latest news from Ostroleka is that all work has been stopped for a few days until a solution can be found that will be acceptable to both sides of the dispute. I have sent a letter to the Ostroleka City Council but have yet to receive a reply.

It has been reported that the Ohel of the tzadikim of Gur has been vandalized with graffiti. Written in German, “Juden Raus” (Jews out), was painted on the mausoleum, a swastika was painted, and the doorway was blocked with construction material.

The Cemetery in Gur is visited regularly by thousands of Gerer Chassidim every year. Last week the bus containing visitors who had discovered the vandalism was stoned by some local youths. The police have been notified but as of yet have made no arrests. 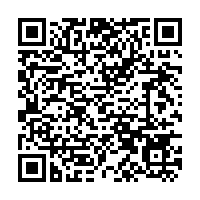