A few months ago, for the first time in the history of La Cañada, California, a city just west of Pasadena and the home of NASA’s Jet Propulsion Laboratory, a new branch of a renowned Jewish institution opened. La Cañada had previously lacked a synagogue or any other Jewish institution for a simple reason: few Jews live there.

But that never stops the Jewish organization known as Chabad. They open their famous “Chabad Houses” all over the country (they are in all 50 states) and all over the world. Some years ago, my wife and I visited Chabad of Cambodia – a country in which there are no Jews other than visiting businessmen and tourists. Chabad, composed of ultra-Orthodox, but worldly, Jews, is the most dynamic Jewish movement in the world.

So when a Chabad House opened in La Cañada last year, and its young Chabad rabbi, Mendy Grossbaum, invited me to lecture, I immediately accepted. I was happy to help a new Chabad House and especially one so close to where I live.

I will be giving a talk on Mothers’ Day titled, “Creating Moral Leaders in Children.” Rabbi Grossbaum deliberately chose a nonpolitical topic — first, in order to draw the largest and broadest crowd possible and second, because Chabad is nonpolitical.

The furthest thing from either of our minds was that this speech would be controversial.

When Rabbi Grossbaum contacted the group’s administrators, one of the three, a woman named Brenda, responded on Facebook that she could not allow the rabbi to promote the lecture because it “was by Dennis Prager who runs hateful disinformation campaigns… I will not support any event that is hosted by anyone who is well-known for hatred content.”

Brenda sent the rabbi three links to prove I run “hateful disinformation campaigns” against Muslims: One was from an article published 16 years ago by the Islamist organization CAIR (Council on American Islamic Relations); one was from Sludge, a left-wing site I had never before encountered; and one was a letter from the ADL (Anti-Defamation League) to National Review responding to a column I wrote in 2017 titled “Remember the Hysteria about Trump-Induced Anti-Semitism.” In it, I defended then-President Donald Trump against charges of antisemitism. The column had nothing to do with Islam.

Stacy, another administrator, wrote to Rabbi Grossbaum: “We don’t allow political/ propaganda or disinformation. The speaker is flagged in Wikipedia (and many other fact and bias checking sites) for both.”

When the rabbi responded by asking, “Do you have a moment to chat on the phone?” Stacy responded, “No. I do not believe there is anything further to discuss.”

Regarding me and Islam, I should note that in 2017 I had a public dialogue at Claremont Graduate University titled, “Reform in 21st-Century Islam and Beyond” with Salam Al-Marayati, president of the Muslim Public Affairs Council. Marayati would not have publicly dialogued with a Muslim-hater. Anyone interested can watch the debate on YouTube. Try to find a single “Islamophobic” sentiment. The charge is a radical Islamist/left-wing lie.

As all the Left’s charges against me are lies. Nothing I have said in 40 years of broadcasting and speaking and not one of PragerU’s 500 videos contains “hate” or “misinformation.” These charges are made to shut down dissent.

The same thing happened almost four years ago when I was invited to conduct a Haydn symphony with the Santa Monica Symphony Orchestra at the Disney Concert Hall in Los Angeles. The Left went hysterical. A former mayor of Santa Monica, one of America’s most left-wing cities, actually called on the citizens of his city – and the members of the orchestra – to boycott me. That the event ended up raising an entire year’s budget for the orchestra didn’t matter – better that the orchestra suffer financially than allow a conservative to conduct it.

A well-known conservative conducting the orchestra of a very liberal city became a national story when the New York Times wrote about it. Yet all this left-wing hostility had a wholly positive effect. People, including more than a few who never heard of Haydn, came in the thousands, and for the first time in the history of the Disney Concert Hall, a concert given by a regional orchestra sold out.

There is one overriding lesson here.

There is no example in history of the Left allowing dissent. From Vladimir Lenin to your local university to Facebook, everywhere the Left assumes control, it squashes dissent and free speech.

The great irony in this instance is that the Left labels as an act of hate a man giving a speech titled “Creating Moral Leaders in Children” at a religious Jewish institution. From the perspective of the Left (not liberals, as I am always careful to add), that topic may well qualify as hate. The more moral leaders we raise, the fewer leftists we will raise.

I appeal to readers in the Los Angeles area to come to the lecture on Mothers’ Day evening. For information and tickets – or to contribute to this newest Chabad House – go to dennisprager.com/wheres-dennis/ or search for “Chabad of the Crescenta Valley.”

If people turn out as they did for my Disney Concert Hall concert, they will have a great time with hundreds of kindred spirits, and they will have handed the petty totalitarians who run a local Facebook group a resounding and well-deserved defeat. 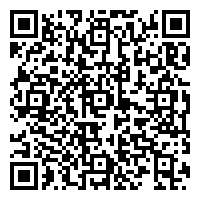