If you watched either or both of the two Democratic Party presidential candidate debates, and if you are a liberal, a conservative, or a centrist, you had to have been depressed.

The intellectual shallowness, the demagoguery, and the alienation from reality were probably unprecedented in American political history. Only a leftist, a socialist, or a communist could have gone to bed a happy person on either night.

If you think this is a baseless generalization, here are a few of myriad examples from the first night:

Sen. Elizabeth Warren, D-Mass.: “[The economy is not doing great] for the African Americans and Latinx whose families are torn apart, whose lives are destroyed and whose communities are ruined.”

Two things stand out: First is Warren’s morally reprehensible and false description of the economy. She never explains how the American economy is tearing families apart, destroying lives, or ruining communities. Aside from being baseless, it is another left-wing libel against America.

She went on to explain economic inequality in America: “Corruption, pure and simple. We need to call it out.” It is difficult to overstate the contempt she and the rest of the left have for America.

Even more troubling was Warren’s use of the term “Latinx.” When leftist Orwellian newspeak makes its way into the United States Senate and into the vocabulary of a presidential candidate, the country is in trouble.

Here is how HuffPost explains the term (of which it approves):

“Latinx is the gender-neutral alternative to Latino, Latina and even Latin@. … Latinx is quickly gaining popularity among the general public. It’s part of a ‘linguistic revolution’ that aims to move beyond gender binaries and is inclusive of the intersecting identities of Latin American descendants. In addition to men and women from all racial backgrounds, Latinx also makes room for people who are trans…agender, non-binary, gender non-conforming or gender fluid.”

My only response to this statement is to ask: Do most Democrats find that a compelling argument? Do they not realize what a non sequitur it is – and therefore how demagogic?

Billionaires, like non-billionaires, pay off their debts because they do not incur debts they cannot repay, not because they are billionaires. Senator Klobuchar apparently believes that non-billionaires need not pay off their debts. Every Democrat who addressed this issue said American society should repay student debts – which amount to $1.6 trillion. The party of “fairness” thinks it’s fair that every student who repaid his or college debts – and every young American who never went to college – must pay off that debt.

Former Rep. Beto O’Rourke, D-Texas, Sen. Cory Booker, D-N.J., and former Housing and Urban Development Secretary Julián Castro spoke in Spanish. Perhaps they – like all on the left – are unaware of the importance of all Americans speaking English in uniting the most ethnically disparate nation in human history. You cannot say, “Diversity is our strength” if you do not work to unite all the diverse cultures into Americans. And you cannot unite Americans without one language.

Their speaking Spanish was so transparently pandering to Latin, Latino, Latina, Latin@ and Latinx Americans that, for that reason alone, that group should decline to vote Democrat.

O’Rourke: “This economy has got to work for everyone. And right now, we know that it isn’t.”

This is just not true. Given some of the lowest unemployment rates in modern American history, this economy seems to be working quite well – certainly for all those willing to work.

Booker: “This is actually an economy that’s hurting small businesses and not allowing them to compete.”

The question I always want answered when someone on the left tells an outright lie is: Does he or she believe it? Someone should ask this of Cory Booker. Juanita D. Duggan, president and CEO of the National Federation of Independent Businesses, announced last month:

“Optimism among small business owners has surged back to historically high levels, thanks to strong hiring, investment, and sales. The small business half of the economy is leading the way, taking advantage of lower taxes and fewer regulations, and reinvesting in their businesses, their employees, and the economy as a whole.”

De Blasio: “There’s plenty of money in this country. It’s just in the wrong hands. Democrats have to fix that.”

The notion that America’s money is “in the wrong hands” and “Democrats have to fix that” should frighten every American who believes in private property and opposes dictatorships and theft.

Here’s an important rule: Whenever anyone adds an adjective to the word “justice,” know that the person is not speaking about justice but about something else entirely. “Social” justice is just one example.

Castro boldly proclaimed that unauthorized border crossing should be decriminalized and announced, “In my first 100 days with immigration reform [I] would put undocumented [i.e., illegal] immigrants, as long as they haven’t committed a serious crime, on a pathway to citizenship.”

Although not one Democrat candidate used the term, every single one believes in open borders.

NBC reporter Lester Holt: “So, a show of hands: Who as president would sign on to the 2015 nuclear deal as it was originally negotiated?”

Every Democrat was for returning to the original Iran nuclear agreement. For those Americans who believe Iran is the greatest threat to peace in the world, and the greatest sponsor of international terrorism, that alone should determine their vote.

I have chosen only a few examples – and only from the first debate – to illustrate how low the Democratic Party has sunk morally and intellectually. Americans who love America – or just love reason or truth or real people, as opposed to abstract ideas – cannot justify voting Democrat in 2020. 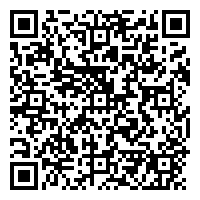