As many as 50,000 visitors are estimated to have visited this week the gravesite of the late Lubavitcher Rebbe, Menachem Mendel Schneerson, who was buried in the summer of 1994 next to his father in law, the sixth Lubavitcher Rebbe, Rabbi Yosef Yitzchak Schneersohn in the Montefiore cemetery in Springfield Gardens, Queens, New York. This Shabbat marks the 25th anniversary of the Rebbe’s death.

Chabad Lubavitch issued a statement saying that “in keeping with the Rebbe’s lifetime goals and teachings, millions of people throughout the world will be participating in prayers, lectures, gatherings, tributes and the additional performance of good deeds in the Rebbe’s memory.”

Besides his tireless work over four decades to promote Jewish continuity, establishing a global network of Chabad houses and numerous other institutions directed at Jews, the Rebbe also made a significant mark on the non-Jewish world. He was dedicated to children with special needs—a term he advocated for instead of the pejorative terms that were in use at the time; he also focused on education, welfare, and the needs of military servicemen.

The Rebbe was awarded a Congressional Medal, and his contributions to education and the betterment of mankind have been recognized by every president since Richard Nixon. In 1978, the Rebbe became the first and only rabbi to have a US national day proclaimed in his honor, when the US congress and President Jimmy Carter designated his birthday as “Education Day USA.” Each year since then, the sitting president calls on all Americans to focus on education in honor of the Rebbe.

In 1982, President Ronald Reagan also proclaimed the Rebbe’s birthday as a “National Day of Reflection,” and presented the “National Scroll of Honor” that was signed by the President, Vice-President and every member of Congress.

A new book being published today, July 6, as part of the commemoration campaign of the Rebbe’s legacy, titled “Social Vision, the Lubavitcher Rebbe’s Transformative Paradigm for the World” by Philip Wexler, with Eli Rubin and Michael Wexler, examines the Rebbe’s contemplation on improving the world. 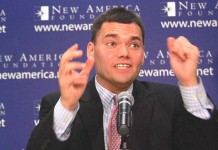