After the then-Chief Rabbi of Poland, Rabbi Pinchas Joskowitch retired, Rabbi Schudrich was selected by the community to replace him. At the time there was no other rabbi working full-time in Poland though Rabbi Gluck of Boro Park had been serving as rabbi for Krakow during the High Holidays for a number of years.

There’s an old joke that the sign of civilization in any location is the arrival of Coca-Cola and a Chabad House. Four years ago Chabad arrived in Poland and set up a synagogue and learning center in Warsaw and soon after in Krakow.

But communal needs spread to other cities as well. Enter Shavei Israel, an organization in Israel that is most famous for looking for lost Jews around the world. Two years ago they sent two rabbis to Poland and have recently sent a third representative, Rabbi Pinchas Zarcynsky, to reside in Warsaw.

Rabbi Zarcynsky, 27, comes from Jerusalem. He is married and the father of a new baby. He speaks Hebrew, Polish and English, holds a degree in Architecture and Engineering from ORT College and in Jewish Studies from the Machon Meir Institute in Jerusalem and graduated from the Straus-Amiel Institute for Training Rabbis and Educators for the Diaspora.

Rabbi Schudrich said in a Thanksgiving Day interview that he is looking forward to working with Rabbi Zarcynsky in Warsaw. He explained that Rabbi Zarcynsky’s help is invaluable to growth in the community. His duties will include the day-to-day operations of religious activities such as the running of the Nozyk Synagogue.

Rabbi Schudrich is very excited at having Rabbi Zarcynsky take over the cheder for young children. Last year there were 12 students and there are hopes for expansion. He will also work with teens and the elderly.

Rabbi Zarcynsky, as a representative of Shavei Israel, will be joining Rabbi Boaz Pash, who serves as Rabbi of Krakow, and Rabbi Yitzhak Rapaport, who serves as Rabbi of Wroclaw in the organization’s activities in Poland. These activities include: convening seminars and symposia in Poland and Israel for the “hidden Jews” of Poland; publishing newsletters and other Polish-language print publications on Jewish subjects and distributing them among various communities in Poland; providing assistance with the aliyah, conversion and absorption process for those members of the community in Poland that choose to immigrate to Israel, and more.

The importance of finding “Hidden Jews” is of utmost importance. Rabbi Schudrich once noted, “If we had a chance to go to Spain 50 years after the Inquisition nobody would have blinked. Here we have a similar situation, we have a chance to save thousands. How can we turn our back on them?”

The “Hidden Jews” is a phenomenon that has gained strength in Poland in recent years, with many Jews slowly returning to Judaism and the Jewish people. Many of these Jews lost all contact with Judaism due to the extreme anti-Semitism that they encountered after the Holocaust, and some of them even converted. Others concealed their Judaism from the Communist authorities and now feel free to resume their true identities.

Another phenomenon pertains to Jewish youths that were adopted by Catholic families and institutions during the Holocaust. They were told nothing of their Jewish identity, and only in recent years have they gradually begun to discover it.

Today around 4,000 Jews are registered as living in Poland, but according to various estimates, there are tens of thousands of others that have concealed their true identity or are simply unaware of it.

“We are pleased to have Rabbi Pinchas Zarcynsky join the ranks of Shavei Israel. This is a direct result of the expansion of our activity throughout Poland in view of the renewal of Jewish life taking place there and the many and complex challenges involved,” said Shavei Israel Chairman Michael Freund. “Since the fall of the Iron Curtain, more and more young Poles are rediscovering their Jewish roots and expressing a desire to become closer to the Jewish people and the State of Israel. We cannot turn our backs on this challenge, which is historical and exciting like no other,” he noted. 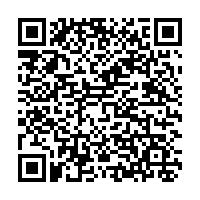