Special Note: Once again I share with you that, much as I had planned to conclude our discussion on daughter/daughters-in law – mother/mothers-in-law problems, the letters keep pouring in. It appears that these internal family conflicts are more widespread than we realized. But before I publish yet another letter dealing with the subject, I feel that it would be unconscionable not to speak of the tragedy that befell all of Am Yisrael with the brutal slaughter of our holy brethren in Mumbai.

When I wrote this article, the siege had just begun and the news from India was hazy and confusing. Nothing was confirmed, and we were hoping and praying that these righteous, holy people, who lived for Torah and the service of Hashem, would be freed and allowed to return to their families – and it was with that prayer that I e-mailed my article to The Jewish Press. But then, our worst nightmares were realized. Rosh Chodesh Kislev, the day that ushers in the month of miracles, turned into a heart-wrenching tragic day. The unbelievable news hit us. Suddenly, I was back in the days of the Holocaust. In my mind’s eye, I saw the concentration camps. How could this be? “No! No!” I cried in my heart, “it cannot be!” Surely the world must have learned something from those blood-drenched days.


But it seems the world learned nothing, except to be more savage and brutal. Have we not seen these same scenes enacted for years in Eretz Yisrael? Have we not seen these Islamic terrorists that are evil incarnate live only to torture and slaughter our people? And it is not only Sderot – almost every village and city in Israel has experienced this unbearable savagery. These terrorists are not people who can be reasoned and negotiated with – they have but one purpose – to exterminate those whom they regard as infidels, which first and foremost means us, the Jews. Make no mistake about it; this is a tragedy, not only for the Jewish people, but for all of mankind. Although, even as in the days of Hitler, the world refused to understand it, so they refuse to understand it today.

It is we, the Jewish people that are always the target. Our blood is cheap, and when it is spilled, it does not evoke outrage. No one really cares. So, once again, we are cast into mourning. We feel the pain of the bereaved families. Our tears keep flowing for the holy, innocent tortured souls who were so brutally slaughtered. Our tears flow for the mothers and fathers, for the widows and the many orphans – those innocent little children who will never know the loving embrace of their parents.

As a survivor of the Holocaust, I cry out to Hashem, “Please, let there be an end to this terrible, tragic darkness that has enveloped us. I know, Hashem, that we, Your people, have failed You in so many different ways, that we have not lived up to the awesome covenant with which You endowed us. But Hashem, You launched us into a terrible, long Exile, which cast us to the four corners of the world. But despite the many spiritual viruses we encountered in all those countries, despite the torture, pogroms, and the holocausts that were constantly upon us, despite the enticements of assimilation, we never forgot Your Holy Name. So please, Hashem, do not forget us now…Send us our redemption, speedily in our own day, and bring comfort and consolation to Your people and sanctify Your Holy Name.

Letter From A Mother And Grandmother

I grew up with your column in The Jewish Press. From the time I can remember we always discussed it at the Shabbos table. Over the years, I have come, not only to appreciate, but to admire and respect the pure faith and courage with which you expressed your Torah convictions, even when they did not reflect popular sentiment. My parents still have your first album from Madison Square Garden entitled “You are a Jew.” Our entire family was there – it was a night we will never forget. Although I was a young girl, the stories you told remain engraved on my heart and left a profound impression on me.

I never took the time to write you to express my sentiments, although I probably should have, but now I feel that I must write … first and foremost, to say “Bravo.” It’s about time that someone spoke out against the “psychobabble” that gives license to the young of our generation – daughters and daughters-in-law, sons and sons-in-law, to castigate their parents and make demands of them. I couldn’t agree more, this is an “entitlement generation” – as they say in Yiddish – “Es kumt mir!”

It doesn’t seem to occur to these young married couples that they should feel indebted to their parents…that parents are not obligated to support married children or baby-sit for grandchildren. That is a matter of choice. If parents choose to do so, children should be grateful and not take that gift for granted. But, if for some reason, they should not opt to do so, that is their choice as well and should be respected. It is sheer chutzpah for children to feel that they have license to express hostility or threaten to deprive grandparents of a relationship with their grandchildren if they do not comply with their demands.

Having said all this, allow me to tell you something about myself. Baruch Hashem, I am the mother of eight children. My husband is a hard-working accountant. We can’t really make ends meet without my working as well. Believe me, Rebbetzin, our home is far from luxurious; our furnishings are simple and we do not indulge in extras. But just paying yeshiva tuitions, sending children to camp, making mortgage payments and meeting the normal household expenses, leaves me with no option but to work.

Baruch Hashem, three of our children are married. One is self-supporting, but the other two are learning and our machatonim and we share the responsibility of helping them. I can’t afford a full-time housekeeper, but every Thursday, a woman comes in and helps me get the house ready for Shabbos. I go to work every day by subway, and believe me, when I’m finished, I’m exhausted, and want nothing more than to return home, put my feet up on a comfortable chair and have someone serve me dinner.

But with all that, I make a point of visiting my grandchildren who all live nearby. Very often, I am tempted not to go – I’m just too exhausted, and those of my children that are still at home also require my attention. But even if it is for just 15 minutes, I stop by to give them a hug and a kiss. And Rebbetzin, it’s worth it! When those little ones say to me, “Bubbie, you are my best friend. Thank you for coming. Bubbie, I love you so much,” those words energize my neshamah and give me new strength.

I felt the need to share this with your readers that are bubbies because it’s worth everything to have such a close relationship with your grandchildren. Those of my children still at home understand, and there has never been any resentment or jealousy – they too adore their nieces and nephews. My husband and I have had the nachas of seeing our children fargin one another. I thank Hashem for that brachah, but I also think that it has a lot to do with raising children with love.

I am grateful that my married children live nearby. Most of my friends do not have that nachas. Many of them have children living in Eretz Yisrael or out-of-town, and they see their grandchildren only on Yamim Tovim, and then, for only half the Yom Tov because they have to share them with their machatonim. By the time they become reacquainted with their grandchildren, it’s time to leave, and telephone conversations are just not them same. So, my advice to all those grandmothers who are reluctant to get involved, I say, “Get involved!” As difficult as you may find it, you will reap the reward. Do this, not to satisfy your chutzpadik children, but to enjoy your own grandchildren.

As I stated earlier, I fully agree with your censuring the “entitlement” mentality of the younger generation. As long as we are discussing mother/mother-in law – daughter/daughter-in law relationships, I must also tell you that I once heard you speak at a Rebbetzin’s conference (although I am not a rebbetzin) where the subject matter dealt with relationships between parents and in-laws of married children. There was a panel of speakers, many of whom advised that parents who wished to have harmonious relationships should “keep their pocketbooks open and their mouths closed.”

But when you got up to speak you unequivocally voiced your disagreement and conveyed the derech, which our ancestors followed throughout the centuries. I remember how you said that a parent’s role is never over. Whether children are single or married, parents have the responsibility to voice their opinions and criticism and point their children to the right derech. You even mentioned how you yourself, always gave an accounting of your daily activities to your revered parents of blessed memory, even though you yourself were already a grandmother, and how grateful you would be to hear their voices again, questioning and directing you. Indeed, that is our Torah way. There is no age limit to revering our parents, to consulting them and benefiting from their advice.

As for the young woman with the special needs child, that is indeed a very great challenge to parents because special needs children do demand extra attention and they require special parents that have loving, kind hearts. My next-door neighbor has a special child. She is absolutely amazing, and I cannot sufficiently express my admiration for her. Not only does she love this little one, but so do her other children. The child does need extra help and she can’t afford it, but she does have assistance. Most girls’ yeshiva high schools have wonderful chesed programs and many girls with beautiful neshamos volunteer their time to help out with these families.

I hope that you will be able to publish this letter because in these very troubled times, let us at least have peace, understanding and love in our families. We may not be able to change the world, but we can all try to change the dynamics of our relationships and family life. 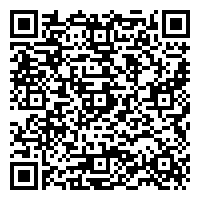