Before Pesach and its message fades too far from our memories, let’s remember what, or rather who, it is all about: children.

The commandment “Tell your children about what happened” is nothing less than an assurance of the very core of Jewish existence and survival. That’s why children ask the questions, why we point and show them things on the table, and why we sing songs – all to bring the message of the Haggadah to life.

One of the Haggadah’s most chilling messages is that Pharaoh was not a one-off; there are people like him in every time, including, of course, our own.

As an example, the Haggadah mentions Lavan who was worse than Pharaoh, who “only” killed the boys. Lavan wanted to root out all the children – male and female.

That might leave even a scholar of the Chumash scratching his head; where is there evidence of such a plan and what was it?

The answer lies in what Lavan told Yaakov after he caught up to him as he attempted to return with his wife and children to Eretz Yisrael. That’s when Lavan lost his temper and screamed at his son-in-law, “The girls are my daughters. The boys are my sons!”

In his rage, he revealed his strategy. He wanted to be able to indoctrinate Yaakov’s children with his philosophy and worldview. He wanted to stop the process of transmitting Torah and Jewish ideas at the very start. Lavan knew that attacking that core of Jewish existence would strangle the Jewish nation before it could take its first breath.

And so we return to the Haggadah’s chilling message: It is the same in our time too. For the last few years, the UK’s Orthodox network of schools has been facing ongoing attacks from an organization called Ofsted. The Office for Standards in Education, Children’s Services and Skills is responsible for inspecting a range of educational institutions, including state schools and some independent schools… and it is a bully.

It demands of Jewish schools that they teach Jewish children about values, beliefs, and lifestyles that are anathema to many of the Torah’s key values, like the sanctity of marriage between a man and a woman. They are deaf to protestations that there are whole areas of knowledge (even when they conform to the Torah’s perspective) that are only taught to our children when they are no longer children and ready to marry.

Ofsted’s tactics and threats landed it in court where it lost, but it ignored the lesson it should have learned and renewed its attacks all over again.

In New York, the first rumblings of Lavan’s strategy occurred in 2019 when the State Education Department Commissioner released new rules to require all private schools to teach essentially the same classes as public schools.

Those rules were opposed by the entire private school community, which took the commissioner, MaryEllen Elia, to court to block her rules.

The court agreed with the private schools, and on April 18, 2020, the rules were declared illegal and deemed null and void. Like Ofsted, the commissioner repackaged and renamed the same proposals and tried again.

The ferocity of the opposition to her proposition, from both Jewish and non-Jewish schools, forced her resignation. Her opponents clearly suspected that it was the first small step of a much bigger agenda.

There is, though, an even greater threat emerging to children. both Jewish and non-Jewish, and it comes from the same mindset and worldview that wants Orthodox Jewish kids taught about relationships and cultural beliefs that oppose everything their communities, parents, and religion stand for.

The incubator of this evil is, unsurprisingly, America’s universities, you know! The institutions that have brought you so much Woke Madness, Cancel Culture, and Anti-Semitism pretending unconvincingly to be solely anti-Zionism.

After Hitler, anti-Semitism got a bad name, so anti-Semites needed a re-launch and a re-brand. Anti-Zionism was the mask to hide behind.

The sexual revolution that began in the ‘60s pushed the boundaries as far away from the norms of the Torah and what Americans call the Judeo-Christian tradition as you thought they could go. There is though one final barrier. That barrier is children.

The sickening word “pedophile,” which is synonymous in the public mind with the vilest evil, is being given a makeover by the Woke community. Do not dare upset a pedophile by using that word; his preferred term is MAP – Minor Attracted Person.

This new campaign argues that pedophilia is, “normal” human behavior. Pedophiles should not be criticized as long as their evil behavior is not acted on or if they had “consent” from a child.

My experience dealing with people who as children suffered sexual abuse from adults is that it truly is the equivalent of murder. All professionals I know confirm my experience. It is something I feel very, very angry about and, frankly, so should everyone.

Our reaction to this sickening attempt to breach the last sexual “taboo” and threaten all children should be at least as ferocious as the one that saw the New York Education Commission retreat.

It is a fight we dare not lose. 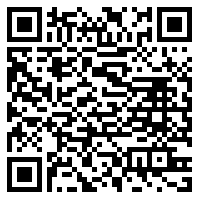