As U.S. credibility and stature diminish in world affairs, the American president and his secretaries of state and defense engage in eloquent denial. Unfortunately for them, realities trump words, even persuasive ones.


At the World Economic Forum in Davos, “where the water-cooler chatter was about America’s waning influence in the Middle East,” John Kerry proclaimed himself “perplexed by claims… that somehow America is disengaging from the world.” Nothing could be further from the truth, he asserted: “We are entering an era of American diplomatic engagement that is as broad and as deep as any at any time in our history.” Likewise, Defense Secretary Chuck Hagel has called for “a renewed and enhanced era of partnership with our friends and allies.”

In this spirit, Obama has made multiple promises to reassure allies.

To South Korea, which depends on the American “tripwire” to deter a demented dictator who could flatten Seoul within the first few hours of an artillery barrage, Obama promised that “The commitment of the United States to the Republic of Korea will never waver.”

To Japan, which depends on the U.S. Seventh Fleet to deter increasingly aggressive Chinese encroachment on the Senkaku Islands, he reaffirmed that “The United States remains steadfast in its defense commitments to Japan,” which the State Department specifically indicated includes the Senkaku Islands.

To Taiwan, whose security against the Peoples Republic depends on the American deterrent, he “reaffirmed our commitment to… the Taiwan Relations Act,” which requires the United States to maintain the capacity “to resist any resort to force or other forms of coercion that would jeopardize the security of” Taiwan.

To the Philippines, worried about its territories in the South China Sea claimed by China, particularly the Spratly Islands and Scarborough Reef, he reaffirmed a commitment to the 1951 Mutual Defense Treaty that provides, in the event of an armed attack, that the United States “would act to meet the common dangers.”

To Saudi Arabia, alarmed by Obama’s appeasement of Iran in the Joint Plan of Action, he reiterated “the firm commitment of the United States to our friends and allies in the Gulf.”

And to Israel, isolated in a sea of enemies, Obama declared “America’s unwavering commitment to Israel’s security,” because standing by Israel “is in our fundamental national security interest.”

Trouble is, first, that Americans doubt these fine and steadfast words:

Second, Pew Research reports that half the publics in Britain, France, and Germany, as well as a third in the U.S. and Russia, see China eventually replacing the United States as the world’s leading superpower. Two-thirds of Israelis think Obama will not stop the Iranians from getting nuclear weapons. 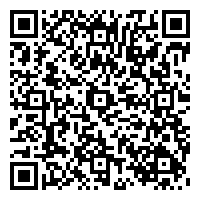