“The meeting was friendly and cordial and was held in an excellent atmosphere,” said the prime minister’s media adviser in a statement. “The two men discussed Middle East security and strategic issues and energy.”

On Tuesday, the U.S. joined the United Nations and the Palestinian Authority in condemning Israel’s plans to designate 370 acres of agricultural land in the Jordan Valley as official state land.

State Department spokesperson Mark Toner said in a statement, “We strongly oppose any steps that could accelerate settlement expansion and we believe they’re fundamentally incompatible with a two-state solution and call into question frankly the Israeli government’s commitment to a two-state solution.”

Netanyahu flew to Davos on Wednesday with his wife Sara and a delegation that includes National Economic Council Chairman Professor Avi Simhon and National Cyber Bureau head Dr. Eviatar Matania, as well as the director of the prime minister’s office, director-general Eli Groner. He is expected to return Friday.

Although the prime minister’s main objective is to present the Israeli economy to the international community in a positive light, with emphasis on its strength in cyber and technology, Netanyahu also will obviously take the opportunity for necessary chats with relevant global leaders.

So far, he has met with Uber co-founder and CEO Travis Kalanick and HP president and CEO Meg Whitman. Also on the schedule is a public dialogue with CNN journalist Fareed Zakaria.

The MOST INTERESTING JEWS of 5782 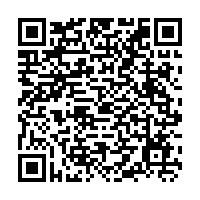