Editor’s Note: This is a new column that will appear the third week of each month.

There is an information war being held on the battlefield of Wikipedia. Wikipedia.com is an online encyclopedia that is user-base driven and claims 65,000,000 monthly visits. It is also used as a dependable source for research by mainstream media outlets on a huge range of subjects. Unlike other topics, though, the Israeli-Palestinian conflict is so heated that it has instigated its own online Wikipedia conflict – to the point where Wikipedia designated a special division called the IP (Israeli-Palestinian) Section to monitor edited information from contributing users.

The site works in a way that allows anyone with Internet access and a user-name to edit Wikipedia articles. This means that although anyone can contribute, the contribution or editor is screened by fellow editors of that article, not by Wikipedia.

Having said that, there is a certain amount of objectivity that is maintained in most articles, but many users are learning that when it comes to IP, Wikipedia is not objective or neutral, but filled with Palestinian sympathizers determined to undermine Israel’s legitimacy. The Wiki Jihadists are using unethical tactics by Wikipedia standards to ensure the Israeli position is not presented in its articles. In fact, administrators who are supposed to be maintaining objectivity in IP articles are quick to block pro-Israel contributors and their edits for no legitimate reason.

It has gotten out of hand because there are many more pro-Palestinian editors than Israel supporters. Lies are being disseminated virally. Thus, any pro-Israel contributor is easily labeled and dismissed as a biased source, while the Palestinian supporters hide behind their screens and continue to shape anti-Israel public opinion and rewrite history.

For instance, by all accounts, the Battle of Deir Yassin was a hard-fought, grueling battle that pitted ill-armed Jewish paramilitaries against entrenched and well-armed Arab villagers, reinforced by Arab irregulars and according to some, Iraqi military forces. Pro-Arab editors prevented changing the article’s title from “Deir Yassin Massacre” to the “Battle of Deir Yassin.” Some editors who advocated the insertion of neutral or balanced edits were actually blocked indefinitely or “topic banned.” In its current form, the Battle of Deir Yassin reads like a propaganda piece conjured up by Herr Goebbels himself.

For a more recent example, take a look at the Gaza Flotilla article or the Helen Thomas article. You may be frustrated by what you read, but if you don’t remain apathetic you can actually do something about it.

Unlike other media outlets, there is no barrier to entry to Wikipedia, so in minutes you can get involved and make a difference. As the number of pro-Israel Wiki editors increases, the greater the impact we can have in countering the heavy anti-Israel slant. Editing Wikipedia is a worthwhile school project too, allowing students not only to learn about their country, but to source, edit, and become fluent with online activism.

This is all you have to do to become an editor:

Log on to www.wikipedia.com. Click top right to create an account – which requires no personal information. Create a non-provocative user ID so as not to give credit to accusations of bias. Preferably begin by editing non-controversial articles to gain a respected reputation. All edits must be sourced (see Wiki guidelines for acceptable sources). Gradually begin edits on IP articles, taking great care to reference solid sources. To maximize efforts, editing is best done as a group effort. Make it a group project and sign on with a few friends to coordinate activities. This will help maintain pro-Israel edits because each can voice support for another’s edits and reverse “undos.”

If you have any questions about editing, reverse editing, and more complex Wiki behaviors, or are looking to band with others, or for short instructional seminars (live talks can be arranged for group projects), please e-mail WikIsrael@gmail.com.

2. Sign up to www.UNWatch.org and sign the petition to get rid of Richard Falk, the UN Human Rights Council’s permanent investigator of alleged Israeli violations who is calling for a “legitimacy war” against Israel, with boycotts, divestment and sanctions.

Yossi Cukier is co-founder of The Activist Network along with Dina Kupfer and Ari Lieberman. Please note that all petitions, letters, phone numbers, etc., can be found at theactivistnetwork.wordpress.com. The group invites suggestions for pro-Israel and pro-Jewish projects and events. 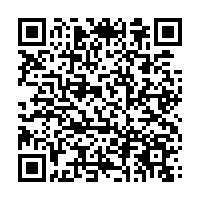