Home InDepth Columns By The Rivers Of Brooklyn
Share on Facebook
Tweet on Twitter
Next week, Jews around the world will gather together to mark Tisha B’Av, the ninth day of the Hebrew month of Av, which is the saddest day on the Jewish calendar.
We will sit down on the floor and read the prophet Jeremiah’s Book of Lamentations while abstaining from food and drink and mourning the calamities and disasters that have befallen our people throughout the centuries on this day.
They range from the biblical sin of the spies in the desert who spoke ill of the Promised Land, on through the outbreak of World War I, the outcome of which paved the way for the rise of Adolf Hitler and Nazi Germany.
In the medieval period, Tisha B’Av coincided with the expulsion of the Jews from various European countries.
It was on Tisha B’Av in 1290 that King Edward I of England signed the edict ordering the expulsion of all Jews from his realm. This disgraceful act was replicated by the ironically named Philip the Fair of France in 1306, and later by Spain’s Ferdinand and Isabella in 1492.
But of course the central theme of the day lies in recalling the destruction of the First and Second Temples in Jerusalem, both of which fell, centuries apart, on Tisha B’Av.
According to the historian Josephus, some 1.1 million Jews died at the hands of the Romans during the siege and destruction of Jerusalem and another 97,000 were taken captive. Many were either sold into slavery or fed to the lions.
It was analogous to a demographic and spiritual Holocaust, one that nearly shattered the Jewish people and sparked a long and painful exile from which most of world Jewry has yet to emerge.
Think about it: all the tragedies and suffering that have befallen the Jewish people over the past 2,000 years – the Crusades and the Inquisition, the Cossacks and the pogroms, on through the Nazi Holocaust – can be traced back to that fateful day, the 9th day of the Hebrew month of Av, when the flames rose up over Jerusalem and consumed the Temple that lay at its heart.

Had the city not fallen, had the Jews not been defeated, the exile might never have occurred, along with all the death and destruction that have accompanied it throughout the ages.

So there is much to contemplate and grieve for on Tisha B’Av, which is why it has become such a central part of Jewish life.
And this, of course, is as it should be. Our collective memory of the past, as well as our attachment to our heritage and our history, is what has sustained us even during the darkest of periods. Doing so ensures that we do not forget who we are, both individually as well as a people.
Nonetheless, there is something that troubles me each year as Tisha B’Av approaches. I guess, to put it simply, it boils down to this: why are so many Jews still sitting by the rivers of Brooklyn as they remember Zion?
With the establishment of the state of Israel in 1948, each one of us has been granted the opportunity to make aliyah, a gift that previous generations could only dream of.
Every Jew who does so is in effect turning back the clock on Tisha B’Av, and inflicting his own defeat on the Roman forces of Vespasian and Titus.
Millions of Jews have already answered the call, leaving behind places such as Moscow and Manhattan to come and help build the reborn Jewish state.
But Israel needs more Jews. It is here, and here alone, that our national destiny is playing itself out, and there is much work that needs to be done.
If the Jews of Monsey and Teaneck, of Flatbush and Boro Park, of Manchester and Golders Green, would only take the fateful step and come home to Jerusalem, it could have a profound impact on the nature and direction of Israeli society.
An influx of tens of thousands of observant Western Jews, committed to tradition and to upholding Jewish values, would immeasurably strengthen the country and place it back on the proper course. What a boost this would be to the people of Israel!
So by all means, go to synagogue next week and sit and mourn for the Jerusalem of the past, as our ancestors have done for generations.

Just make sure that once you get up from the floor, you dust yourself off and come help us to build the Jerusalem of the present, and the future.

Michael Freund is founder of Shavei Israel (www.shavei.org), a Jerusalem-based organization that helps “lost Jews” return to Zion. His column appears the third week of each month. He can be contacted at Michael@shavei.org 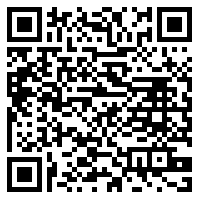