This is the fifth part of a series on “Aliyah and Klita (absorption)” stories of American Jews who came to Israel for ideological and religious reasons in the past years.

In the 1940’s and 1950’s, many young American Jews were brought up with the twin goals of living in Eretz Yisrael and replacing the lost Jews murdered in the Holocaust. Some succeeded more than others, and are proud of what they, their children and their grandchildren have accomplished in Israel.

Elihu Schatz, however, had two dreams in life: to write a book on the Tanach and to go to live in Israel as commanded by the Torah. When he finished writing his commentary on the Tanach in his spare time, he sent the manuscript, “Proof Of The Accuracy Of The Bible,” to his publisher, Jonathan David. He then quit his job in the Washington, D.C. area as a systems analyst, sold his home, and took his wife and his eight children to live in Israel.

In Israel, Elihu went to work for Israel Military Industries. Frieda at first remained at home to care for her children, who increased to 11 with the addition of three sabras. Later, Frieda went to work for a film distributor as an English secretary. They have just celebrated their 46th anniversary, 32 of these years in Israel. Elihu and Frieda taught their children to love the land of Israel and to work toward a life of Torah.

Ten of their children have BA’s and four already have Masters degrees. The love of Bible study was a family pastime, and all their children have a good knowledge of Tanach. Three of their boys were first place winners in the Israel National Bible contest and represented Israel in the International Bible contest held each year on Israel Independence Day in Jerusalem. Yaakov placed as second runner up in 1985; Yechezkel won first place in 1987; and Pinchas came in as first runner up in 1995.

In addition, while serving in the army, Yaakov and Yechezkel each took first place in the Israel Defense Forces (IDF) Bible contest. Two of his children and one of his grandchildren were chosen recently to appear on the “Israel IQ” TV program to find the Israeli with the highest IQ.

Service to Israel was also an important element of the Schatz family teachings. All the children served their country – eight in the IDF, and three in Sherut Leumi (National Service). Each child continues to serve his country in his/her own special way. Yehudit studied criminology and is a captain in the Israeli Police Force, working as the head of a drug rehabilitation unit in Dekel prison.

Shoshana is a teacher and volunteers with a group helping victims of terror. Shira collects and delivers food to needy families in Hashmonaim and helps to find clothes and furniture for them as well.

Yaakov, besides being a certified Patent Attorney, has founded and invests a lot of energy in maintaining an elementary school in the Ofra Settlement. Adena is a kindergarten teacher in the two settlements of Shilo and Eli. Shulamit is a geography teacher and works with high school students, taking them on trips around the country to instill in them a love of the land, its beauty and its riches.

Frieda and Elihu’s youngest child, Pinchas, finished university in June and was appointed as a shaliach with Bnei Akiva of America. He moved with his wife and son to live for two years in the United States, but his heart is still in Israel.

The family has fulfilled the commandment to settle the land. Two families live in Ofra; one in Otniel (southern Hebron hills); one in Eli; three in Hashmonaim; and one in T’kuma (Negev area). Elihu has indeed achieved his dreams and continues to write commentaries on the Bible in Hebrew now. He has published 19 books on the Tanach. The picture of his children and his 40 grandchildren can be found on this page.

Chaviva and Steve Braun, formerly of Toronto and Chicago respectively, live in the Karnei Shomron settlement. They made aliya 20 years ago from Toronto, Canada, where Chaviva worked as an occupational therapist and Steve was a sales manager. They left behind their families, jobs, home, friends and familiar, comfortable surroundings, to come on aliya with a young baby in order to spend their future years together in a Jewish country, as they were educated to do by their parents and by Bnei Akiva!

Steve has served in the Army and is currently a member of the Yishuv’s military preparedness group that will go into action in the event, G-d forbid, of a terror attack. One of their sons currently serves as a Golani combat soldier with an elite unit, and another son is currently in a Yeshivat Hesder (combined Yeshiva learning and military service program).

Chaviva, an occupational therapist, supervises student therapists and has taught in Bar Ilan University for six years. She has given workshops to parents, children, and educators in regular and special education.

The only thing the Brauns “ran away from” was the Galut (Diaspora). They left their birthplaces not because they were persecuted or forced to do so. They made Aliya because they know that Israel is their G-d given home and the only home for the Jews, and so they could make their contribution where they felt it really counted the most! They most certainly did not come because they had it rough in Toronto. They might have had a much easier life in Toronto, financially and family-wise, but they chose to make the tradeoff in order to be in Eretz Yisrael and do their part in building up the land!

Dov Ettner came on Aliyah after volunteering during the Yom Kippur War. In the USA, he completed an MS degree in education and taught as a science specialist for 6 years in Cleveland, Ohio and Rye, NY. He left a high paying teaching position to come to Israel and contribute to its development.

In Israel, he was a counselor for Youth Aliyah from England and the USA, and he taught English and sports in high schools and teachers’ seminars. He also taught English in the Israel Air Force. Dov is presently a member of a brain research staff at the Weizmann Institute of Science. He currently resides with his wife and family in Hashmonaim.

Roxane and Sam Gamoran made Aliyah almost exactly 20 years ago from Highland Park NJ. Sam was a member of the technical staff at Bellcore (Bell Labs) and worked as a computer engineer in telephony systems. Roxane was a meteorologist with the National Weather Service NYC Forecast Office (on extended maternity leave). They owned a home in New Jersey, which they sold just before coming. They had one child and left behind two sets of parents, siblings and all other relatives. They certainly were not running away from anything. They came for Zionistic reasons.

In Israel, Sam worked in his field as a computer engineer – 3 years at the Weizmann Institute of Science, 3 years at DSI as a contract programmer, 10 years at Motorola, and now 4 years at NDS. Roxane never returned to meteorology. She has, however, obtained a teaching license in math and has trained as a hydrotherapist and works part time in the therapeutic pool at Keren Or Institute in Jerusalem with blind/handicapped children.

They own both halves of a two-family house in Hashmonaim. Roxane and Sam live on one side, Natan, Noga and the grandchildren are on the other side. Their marriage had its 27th happy anniversary this past summer. 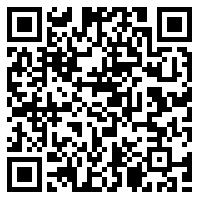