This is the sixth part of a series on Aliyah and Klita (absorption) stories of American Jews who came to Israel for ideological and religious reasons in the past years.

There seems to be a whole group of people who have little or no knowledge of early aliyah from America, but who insist on making ridiculous statements about us. A recent news item which appeared in Ha’aretz, the Jerusalem Post and other newspapers this past month was again misinformed about the aliyah of the past 50 years.

This article lauded the great work of Nefesh B’Nefesh (which is correct). Unfortunately, it went on to mention a so-called scientific survey of immigrants over the past two years, and explained how extremely valuable a resource they are to the Israeli economy (which is true). The survey, reportedly prepared by I-Biz Israel Business Information Services, stated that “this aliyah is the group with the greatest potential economic contribution in the history of Israeli aliya.”

This survey found that more than half of the immigrants associated with the organization have a first university degree, and one-quarter have completed a second degree as well. “We’re talking about the crème de la crème of the most advanced society in the world,” said Pinchas Landau, an economic analyst who prepared and presented the report results this week. “We’ve never seen olim like these.”

The readers of this series know by now, however, that these “scientific studies” reported in the news are nonsense. They are insulting to previous olim and very inaccurate. Highly educated Americans were already coming to Israel in the early 30s both from Bnei Akiva and from other Zionist organizations, with one or two degrees to their names.

Over the past 60 years, the true “crème de la crème” have come and contributed to build Israel. If it wasn’t for the early American olim, the recent immigrants would not have a highly industrial nation to come to.

David Goldfarb grew up in New York City. He attended the Bnei Akiva Hachshara in 1979. He received his BS degree in Computer Science from the Massachusetts Institute of Technology (MIT). At MIT, David worked with an MIT group to develop the Internet TCP/IP protocols and has been an avid user of the net ever since. He worked at Symbolics – a startup that grew to 1,000 employees and was known as the foremost Artificial Intelligence (AI) company in the 1980s. At Symbolics, David helped to install the first AI work stations in Israel, at the Weizmann Institute, in January, 1985.

In October 1985, David and his family made aliyah. They decided that they could lead at least as good a life in Israel as in Boston. In Israel, David was involved in numerous startups, and created a wealth of technology here. In the early 90s, David championed and spearheaded a rewrite of software for HBOC Pegasus, an Israeli software company developing a Windows application for the medical market. He designed and wrote major portions of the application, guided in-house developers, and advised management regarding the latest advances in Windows. Later, he co-founded 2AM Development Ltd., and served as VP of Technology, heading its software development and design, patent coordination, and technical strategy practices.

Mitchell D. Mittman and his wife arrived in Israel with their two small children 13 years ago. He and his wife, Helene, lived in Flatbush and had been married eight years before they made aliyah.

Prior to his aliyah, Mitchell had worked as a financial strategist for seven years at Goldman, Sachs and Co, reporting to the currency and commodity options desks. Before that, he was a senior consultant in the international auditing department with Price Waterhouse. While he enjoyed the work tremendously, his youth leaders in Bnei Akiva had done their jobs so well that he and his wife knew that the only place for them was in Israel.

Many of their friends from Bnei Akiva had already moved to Israel, and they knew that they would have a warm support group waiting for them to arrive. Some of their friends were on kibbutz and some of them were in the cities, but all were happy that they had made the move.

When they arrived in Israel, Mitchell spent a year at Contahal, a software development company. There he led the team that was responsible for localizing some of HP’s software products, as well as interfacing with a number of companies in Silicon Valley that were interested in exporting their software tools to Israel.

After that, he joined a small hedge fund that specialized in trading foreign exchange options. While the firm did well, Mitchell decided to return to his original love of creating software and he started a company to focus on the software requirements of traders, specifically in foreign exchange. He started out as a company of three people; now they have grown to more than 40 staff members, and Mitchell is the Chief Technology Officer.

The research and development group is based in Ra’anana, and the firm’s main sales office is in NYC. The company client list represents some of the largest financial institutions in the world.

Mitchell and Helene live with their four children in Tzur Yigal, a suburb of Kochav Yair. Their eldest, Eliyahu, currently in Mechina Peduel, is enjoying his time there and is eagerly awaiting his draft into the Israel Defence Forces. Their second child, Elisheva, is a madricha (counselor) in the local Bnei Akiva snif (branch) Nitzana, their other daughter and first Tzabarit, is in seventh grade, and their youngest, Gilad, is happily ensconced in kindergarten.

Neither Mitchell or Helene ever “shnorred” from their parents and neither of them was running away from anything. Rather, they were running towards their dream of living in Israel.

Shalom Lampert made Aliya one month after finishing his Master’s degree in Chemical Engineering at MIT (Boston) in 1983. He left behind his wonderful family – parents and siblings – and came. His wife, Chaya, also an MIT grad, left her warm and loving family in Brookline, MA to move to Israel (two days after their wedding).

In Israel, Shalom worked for 12 years in Research and Development for Israel Chemicals.

He worked for five years in Patent Law for a large Israeli IP Law firm and as a consultant in the Chemical Processing Industry. He started two IP companies to manage the chemical technologies that he developed (related to the fields of salts processing, recovery of salts from sea brine, crystallization, and waste treatment).

In Maalot, he teaches Torah to Olim from the former Soviet Union. He also gives a class to English-speaking Olim in Karmiel. Both are sponsored by “El-Ami BaTzafon”. He, his wife Chaya and their nine children live in the “development town” of Maalot. Chaya, also an MIT graduate, teaches computer science at Maalot’s Ulpana. They belong to a people with great ideals, and they made aliya “for the right reasons”. 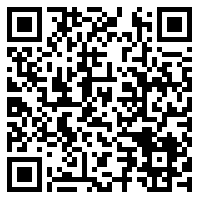