Jorge Mario Bergoglio was born on the December 17, 1936 in Buenos Aires, Argentina. He became Pope of the Roman Catholic Church on the March 13, 2013 and chose the name Francis after Francis of Assisi.

Brevity dictates a mere “shalom aleichem” to the Pope, but criticizing the Argentine Dictatorship during the so-called “Dirty War” showed that he had courage. Not enough though for many Left-wing commentators who claimed that his criticism was not explicit or loud enough. Conservative Bishops and Cardinals criticized for being too Left leaning. Yet others bemoaned his response to the revelations of scale of child abuse by Catholic Priests.


His record of affection for the Jewish Community is much less ambiguous. Of course, many Jews were upset when the Vatican recognized the “State of Palestine.” On the plus side of the Pope’s Jewish ledger shows a long history of support and even love for Jews.

In 2005, he was the first public figure to sign a statement against the Iranian sponsored terrorist bombing of the Jewish Community Center in Buenos Aires.

Furthermore, Pope Francis reaffirmed his steadfast support for a Jewish homeland in the state of Israel in May 2015, stating during an interview that, “Anyone who does not recognize the Jewish people and the State of Israel – and their right to exist – is guilty of anti-Semitism.”

He became the third Pope to visit the Auschwitz concentration camp on July 29, 2016.

The image I think that best captures Pope Francis’ relationship with the Jewish people came when President Rivlin of Israel visited the Vatican. His assistant, Rivkah Ravitz, apologized for declining to shake the Pope’s hand because it was against halachah and because he was wearing a Cross.

Pope Francis brilliantly diffused the situation by covering his cross and bowing to Ravitz instead.

Recently much of the Jewish media has declared that all this good work has been undermined because of what he said on August 11, at a homily in the Vatican.

Francis declared, “G-d offered them (the Jews) the Torah, so they could understand His will and live in justice. We have to think that at that time, a law like this was necessary, it was a tremendous gift that G-d gave his people.”

Then he continued, “The law however does not give life…It does not offer the fulfillment of the promise because it is not capable of being able to fulfill it … “Those who seek life,” he declared, “need to look to the promise and to its fulfillment in the founder of Christianity.”

Francis has been urged by Israel’s Chief Rabbinate to clarify his comments on Torah and retract his remarks, which they said might lead to ‘derogatory conclusions’ about Jews.

Other Jewish voices joined the outcry. These even included secular Jews, who as they personally agree that the Torah is outdated and irrelevant, failed to see the hypocrisy in their outrage.

I must admit to being confused at all the anger and consternation. I am not in the slightest offended by what the Pope said. He simply and honestly stated the classic Christian position and not in a way designed to offend or hurt.

What would offend me would be if he, like so many today, was trying to be dishonest and hide what his religion believes and says. That is something I experienced more times than I could count when teaching at University or Broadcasting on BBC.

I recall an example that occurred twenty-years ago at England’s Manchester University. I was the Chaplain to the Jewish students at the time and three times a year all the various religion’s representatives met to get to know each other and discuss common concerns.

Once, I arrived a little late (people simply don’t do that in England, even the Jewish ones.) and quietly took my seat. One of my Christian colleagues was giving a talk and I was keen not to disturb her presentation.

It is a strange phenomenon, but whenever I came into a meeting like that, every set of eyes turned to me. The female Vicar wound up her lecture explaining that she and her sisters don’t pray to “G-d the Father” as they found that “sexist.” Instead, they prayed to, “G-d the Mother.”

When she finished, that strange phenomenon manifested itself again and once more every eye swung in my direction as someone asked, “And Rabbi, how do you deal with this question in your tradition?”

There it was: that cozy, fuzzy and politically correct term, “My Tradition.” I really wanted to answer, “I’m sorry I don’t have a tradition. I have a religion.”

Of course, in England that would have been impolite, so I simply answered the question.

Yet in using and accepting that phrase I was being a coward. It suggested that all of us Muslims, Catholics, Protestants, Hindus, Buddhists and Bahais were basically the same, “traditions”…ways of expressing more or less the same thing, only in different ways.

And that, as they say in England is, “Total Piffle” or in Latin, “Summa ineptias.”

Christianity is hugely different to Judaism even if they share some core beliefs. Expressing that obvious truth does not necessarily suggest animosity between those faiths. I don’t believe that when the Pope stated his belief that his religion is the right one, it alters his clear affection for the Jewish people one jot.

Jew’s rejection of that belief, from the time it was first stated in Paul’s letter to the Galatians, through the famous disputation of the Ramban in the court of King James the first of Aragon until today, does not detract at all from the bridge building that has occurred between the two religions.

The Kotzker Rebbe once wrote,

That is a conviction that any Jew standing in front of Hashem on Yom Kippur, should be proud to say describes their attitude towards others… and in particular other Jews.

Note to readers: We stylized “G-d” as such in the quotation from Pope Francis because in this context he is clearly referring only to G-d, i.e., the G-d of the Jews – with no shituf, chas v’shalom. 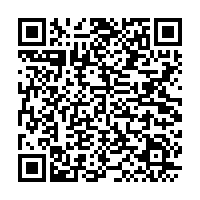