[This article was first published in The Daily Wire]

“Peace to Prosperity” was the name of the economic “workshop” organized by Jared Kushner, Jason Greenblatt and Steven Mnuchin in Bahrain. The topic was bettering the Palestinian economy with the hope of creating a more congenial atmosphere for co-existence between Israel and the Palestinian-Arabs living in Judea and Samaria (the West Bank) and Gaza.


The event was plush, with Gulf Arabs dressed in pristine white tunics and where “Israeli and Arab businessmen openly mingled at the non-alcoholic cocktail parties.” Fortune magazine described the global gathering: “Over 300 top delegates came from 30 countries, from Australia and Argentina; Dubai and Delhi; Nigeria and Norway; and even such unlikely pairings as Saudi Arabia and Qatar or Greece and Turkey.”

Almost all observers agreed that there was hope in the air.

Palestinians Are Not Buying What Jared Kushner Is Selling

However, while some Palestinian-Arab business leaders did come to Bahrain, the Palestinian Authority (PA) boycotted the event, and Time magazine summarized their feeling with the headline: “Palestinians Are Not Buying What Jared Kushner Is Selling.”

Indeed, judging by the lack of progress in actual Israeli-Palestinian relations, the conference was an ostensible failure. But, as is often true in the Middle East, there was an unspoken agenda at the Bahrain “workshop” — and seen by that light, the gathering was a monumental success.

The Subtext of Bahrain: Normalization of Israel

While the Palestinian-Israeli conflict was the context of the Bahrain gathering, the subtext, and maybe bigger story, was the normalization of Israel among the elites of the Arab states.

First, there was the welcoming atmosphere for all participants, which should not be taken for granted since Israelis, until very recently, were barred from entering Bahrain at all.

Then, Bahraini Foreign Minister Khalid bin Ahmed Al Khalifa spoke with Israeli press on the sidelines of the workshop and told them: “Israel is a country in the region … and it’s there to stay, of course … we want better relations with it, and we want peace with it.”

But it was too late: The normalization cat was out of the bag.

The Bahrain workshop was soon followed by yet another high-level meeting between Israeli officials and Gulf state leaders. Israeli Foreign Minister Israel Katz took part in a U.N. climate conference in Abu Dhabi and met with an unnamed “senior U.A.E. official” to discuss “regional issues and relations between the countries” — a victory in and of itself, given that Israel and the U.A.E. do not maintain formal diplomatic ties.

The meeting focused on “the need to deal with the Iranian threat and Iran’s support for terrorism in the region.” The two officials also discussed cooperation and economic ties, and finally, Katz presented his “Tracks for Regional Peace” initiative — a proposal to link Israel’s rail network through Jordan to Saudi Arabia and other Gulf states.

If accepted, the plan would open up the region for travel, give Arab states access to Israel’s Mediterranean ports, and grant Israel trade access to the Arab world.

The message out of Abu Dhabi was the same as the one out of Bahrain — Israel’s normalization in Arab eyes.

The Arab world has been fighting against the existence of a Jewish State since the British empire in 1917 issued the famous Balfour Declaration, which stated that “His Majesty’s government view with favour the establishment in Palestine of a national home for the Jewish people.”

In the failed hopes of destroying the small Jewish State, many wars have been fought and much blood has been spilled in the last century. But today, there are three reasons why powerful Arab states are looking to bury the hatchet with the people they attempted to destroy not so long ago:

The first reason is the grudging recognition that Israel has simply been victorious. The Arabs have failed to destroy Israel, and the Jewish State is flourishing in almost every parameter, successfully settling its people on the land that it claims.

The second reason is connected to the first — “if you can’t beat ’em, join ’em.” Many Arabs have begun realizing that since the war against the Jews hasn’t brought any real results, except regional stagnation, they ought to shift gears out of war and into business and prosperity.

And the third — and most visceral — reason that Arabs states are looking favorably upon Israel is the Iranian threat.

Everyone knows Iran endangers Israel, but Shiite Iran is much hungrier to take over the lands of the Sunni Arabs and the holy cities Mecca and Medina in Saudi Arabia than it is to enter into a nuclear standoff with the Jewish State. For a long time, Gulf Arabs relied on the U.S. for defense, but now, with a sense that America is less interested in being their bodyguard, the Arab eyes are, ironically, looking to the military power of Israel for their protection. The enemy of my enemy, as it is said, is my friend.

For many Arabs, it is obvious that the century-long war against Israel has yielded nothing. So instead of the war and the resulting stagnation, regional prosperity is the new focus. Additionally, the only regional force that can contain the aggressiveness of Iran is Israel.

Therefore, regional realignment and the normalization of Israel is now in the Arab world’s collective interest.

Those Who Never Miss an Opportunity

The PA boycotted the event, threatened anyone who would support it, and heartlessly refused to discuss a $50 billion plan to alleviate the suffering of its own governed people.

For the PA/PLO and Hamas, war with Israel is their raison d’etre — and a key fundraising strategy from patrons like Qatar, Iran, and some European countries who pay for the continued war on Israel in the guise of “humanitarian” assistance.

But for many Arabs states, the Palestinians have become a group who stands between them and normalization with Israel — something which would give them regional prosperity and personal security — and the end of the failed 100-year war. 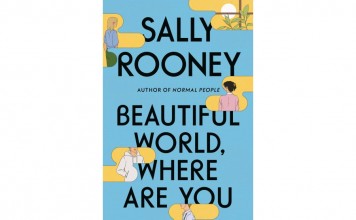 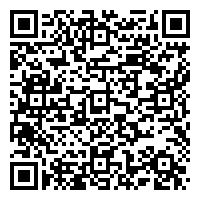