Op·por·tu·ni·ty: a set of circumstances that makes it possible to do something.

Trump·or·tu·ni·ty: A set of circumstances created by the improbable victory of Trump, which makes it possible to further many issues in the US and the world, especially in Israel and the Middle East.

Just as the world seemed to be progressing towards a post-national, post-family, post-God globalism, three stunning upsets proved that there was a rebellion afoot against those values.

If we are smart and focused, we can make powerful progress in Israel under this new zeitgeist. In particular, the new Trump administration — with its strong ties to Israel, and even to Judea and Samaria, and its repudiation of the Obama worldview — offers three big Trumportunities:

The death of the two-state paradigm

In the Six-Day War, Israel was under threat of total annihilation. And then, providence handed the Jewish heartland back to the Jewish people, and Israel’s enemies fell to the IDF in an incredible victory.

But we blew it. We did not annex the heartland. Instead, in time, we allowed an alternative anti-Israel atmosphere and narrative to metastasize in that land and later globally. Later on, instead of fixing the problem and making Israeli law the law of the land, the Jewish state drank the Palestine Kool-Aid, and entered a process of giving away the land to a terrorist organization dedicated to Israel’s destruction.

This was in spite of the fact that “two-state” was never going to work. There was never a way to split the tiny landmass of Judea and Samaria, rip it away from its rightful residents — the Jewish people — and instead empower the jihadists to fight the rest of Israel from the strategic high ground. Yet this is precisely the formula that Israel’s leadership went for, and which subsequent US administrations have adopted. The two-state solution has been taught ad nauseam as the only solution to the conflict, and has been stuffed down Israel’s throats by every US administration since Jimmy Carter was president.

But change is on the horizon. Recently, the Republican party unanimously voted to drop support for the two-state solution in its national platform; rejected the notion of Israel as an “occupier;” and “specifically recognize[d] that the Boycott, Divestment and Sanctions Movement (“BDS”) is antisemitic in nature and seeks to destroy Israel.”

In a recent Statement from Trump’s Israel Advisory Committee, Jason Dov Greenblatt and David Friedman, wrote: “The US cannot support the creation of a new state where terrorism is financially incentivized, terrorists are celebrated by political parties and government institutions, and the corrupt diversion of foreign aid is rampant.”

With the Trump election, a window is opening to finish the work of the Six-Day War and to further a plan of action to assert Israeli sovereignty in Judea and Samaria and dismantle the PA. The first step towards that aim is clear: If freezing construction in those areas was a concession to President Barack Obama, then now is the time to rectify that sin and build, build, build. Maybe we can even put up a Trump Tower in Kiryat Arba.

Moving the US Embassy to Jerusalem

The first clear test of the Trump administration will be the promised move of the US Embassy from Tel Aviv to Jerusalem and thereby recognition of Jerusalem as the capital of Israel.

Actually, Trump won’t have to do anything to make that happen. The Jerusalem Embassy Act of 1995 is a US law — passed by the 104th Congress on October 23, 1995 — for the purpose of relocating the Embassy of the United States in Israel from Tel Aviv to Jerusalem. The act also called for Jerusalem to remain an undivided city and for it to be recognized as the capital of the state of Israel. The law was adopted by the Senate (93–5) and the House (374–37). Nevertheless, it has never been implemented, because of opposition from presidents Clinton, Bush and Obama, who have consistently claimed the presidential waiver on national security interests.

All Trump has to do is not sign that waiver and the law — the will of the American people — will be fulfilled. This is a Trumportunity to instantaneously erase the disgrace of Israel’s great ally not recognizing the Jewish right to Jerusalem.

Push back Iran and Jihad

This is what Trump’s Advisory Committee on Israel has written:

“Despite the Iran Nuclear deal in 2015, the US State Department recently designated Iran, yet again, as the leading state sponsor of terrorism  — putting the Middle East particularly, but the whole world at risk by financing, arming and training terrorist groups operating around the world including Hamas, Hezbollah and forces loyal to Syrian President Bashar al-Assad. The US must counteract Iran’s ongoing… quest for nuclear weapons.”

Indeed, the Netanyahu, Brexit and Trump victories are signals from us global voters that we are tired of concessions to jihad — and we want it pushed back. In the UK and and the US, people want an end to dangerous unchecked immigration, and here in Israel we must demand of our leaders to strike at the jihadist infrastructure that exists within the borders of our country. The Obama era encouraged Iran and global jihad; the Trump era is an opportunity to push that dark genie back into the bottle.

But jihadist are not only waging war in Iran, Syria and Gaza. They are also on American campuses and in the media. Much of the intellectual force of jihad against Israel actually sits in offices like those of the New York Times and on campuses like Berkeley — places that affect millions with their incessant teaching and broadcasting of the delegitimization of Israel. In response, Trumps advisers on Israel have written: “The Trump administration will ask the Justice Department to investigate coordinated attempts on college campuses to intimidate students who support Israel.”

Indeed, there is now a Trumportunity to counteract anti-Israel sentiment throughout the world as Trump’s election is, in part, a repudiation of “progressive “ ideology, and within that, of course, is anti-Israelism.

The Trumportunity is by no means a guarantee. The opportunity here is just that, an opportunity. Just as in the Six-Day War, it can be harnessed or squandered. Now is the time for us Israelis to push hard on our leadership to maximize this moment. Now is the time for pro-Israel Americans to hold the Trump administration to its promise to fulfill its pro-Israel mandate and the Republican platform. Now is the time for all of us to get out and push this wagon all the way home. The victories of Netanyahu, Brexit and Trump are a good start, but nothing here is going to happen automatically. Let’s get to work and take hold of the Trumportunity. May God give us strength to succeed. 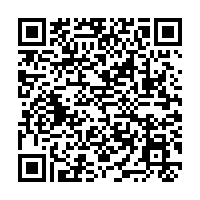