I have a friend who, when we first met, was vice president of the Hollywood writers’ guild. David Weiss had written “Shrek,” “The Smurfs 2,” “All Dogs Go to Heaven,” and several other hit movies. I once invited him to address a group of my university students, and something he said then popped into my head as I sat a few days ago on a plane from London to Tel Aviv.

My iPad was open, I had a deadline for The Jewish Press to meet, and I had not the slightest idea what I wanted to write about. That was when David’s advice to my students spoke out from my distant memory: “Just start writing and the piece will tell you what you are writing about.” In this case, it was not so much the piece as the plane – or rather, the Jews on the plane – that provided the inspiration.


The flight took place the day after Rosh Hashanah. I didn’t anticipate many people flying and figured those who would be flying would not be overtly religious. My second guess was on the money, but my first one was way off. You couldn’t have squeezed one more Jew on board even if he or she was as thin as a lulav.

The airline was called easyJet. It is a UK-based, “low cost” airline which makes money by catering solely to customers of decidedly lulav-esque dimensions, which explains its nickname: “squeezieJet.”

My wife and I had paid for seats with extra leg room, so we boarded first. With much sucking in of breath, we just managed to force ourselves into the special seats. (More room for your legs did not, apparently, include more room for your hips.)

Uncomfortably settled, I watched as the rest of the passengers shuffled aboard and headed for the regular “Sardine Section” of the plane. As I watched, I wondered how many would fit easily into the space between the armrests and how they would react to the challenge.

Most of the travelers had experienced low-cost flying before and were prepared for the ordeal. My heart went out to the newbies, particularly those from Israel, who weren’t. The groans and “Ma pitom?”s as they tried to force their frames into spaces that would have challenged a professional model were pitiful to hear. One man kept calling out, “Ima, Ima,” and he was at least 65!

Although there were indeed few obviously religious Jews, there was one chassid sitting behind me who asked for a different seat when a female passenger sat down beside him. I was quite sure an ugly incident would ensue, which would result in a flight delay as British police hauled him away.

Instead, the chassid, who seemed sincerely embarrassed to have made his request (he was a British chassid ) was given a new seat by a smiling stewardess (she was a British stewardess), and there were no handcuffs or any drama after all.

I follow the advice of the late Rav Weiss of Yerushalayim, who ruled it is halachically preferable to pray in your seat than to form a minyan in the galley and cause flight attendants to gnash their teeth and think unkind thoughts about Jewish folk. On this occasion, however, I was needed as the tenth man and had to break my rule. Fortunately, once again, no one (apart from Rav Weiss) seemed to mind too much as we all squished together and shuckled.

Another common airborne recruiter of anti-Semitism is the peculiar custom of serving kosher meals first. I am always uncomfortable as non-Jewish travelers, hungry and desperate for their meals to arrive, stare resentfully and longingly as I am handed my tray. When I tear open the wrapper and the aroma of chicken (it’s always chicken) wafts through the cabin, I know I have created a new generation of anti-Semites.

One of the most intriguing things about easyJet, though, is that it still hasn’t figured out – despite years of flying from Britain to Israel – that there is such a thing as kosher food. The airline offers the same menu on its Tel Aviv route as it does on its 976 other routes. The cabin staff moved up and down the aisle, happily offering hot bacon baguettes and hot toasted ham with cheese. (It was a very British menu.)

No one seemed to mind, though, any more than they did about the fellow in the long coat and hat who wanted a female-free environment. They also reacted generously to the airline’s appeal on behalf of UNICEF, although I thought that, along with changing its menu on flights to Israel, it might want to rethink its choice of charities on this route.

I had spent Rosh Hashanah as scholar-in-residence in London, and I was speaking there again on Yom Kippur. British Jews are spoiled when it comes to flying to Israel, with a flight that lasts only five hours, and my wife and I were taking the opportunity to visit our children before rushing back to London for Yom Kippur.

I could already hear the haunting notes of Kol Nidrei in my head as I thought about the several talks I had to give in a week’s time. I could also hear the words, “Al daas Hamakom…anu matirin lehispalel im ha’avaryanim – With the permission of the Almighty…we are permitted to pray side by side with sinners.”

We ask for permission to stand together as one Klal Yisrael alongside others who fail to perhaps observe even the most basic Jewish requirements. Some might feel these words refer to a Jew who demands a different seat when a woman sits beside him. Some will think they refer to a Jew who, on Tzom Gedaliah, orders from a very British flight menu.

On Sukkos, we shake a lulav, esrog, haddasim, and aravos, symbolizing all Jews, from saints to sinners. We have to interact with all of them. Some may challenge us and even trigger anger and resentment, yet Hashem expects us, af al pi kein, to stand together.

As the plane banked to the left and the lights of Tel Aviv smiled up from below, I thought to myself: Surely that message is what I should write about and speak about when I fly back to London and over Sukkos in L.A. We all have to stand together, the avaryanim and the tzaddikim, to guarantee that Hashem stands with us too. 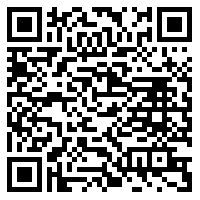