One legal step forward, two political steps back. Such is the sorry lot of current diplomacy in Israel. While frustrating, the challenge lies in expanding the scope and potential of that forward step.

Last week’s passage in Israel of the Land Normalization Bill, otherwise known as the “Settlement Law,” was a headlong sprint in that effort. The legislation attempts to resolve ownership issues regarding settlements by allowing the government to compensate Arab landowners who can prove their claims to any lands upon which settlements were built. The compensation would come in the form of monetary reimbursement or an alternative plot of land.


The historic law follows the recent approval of several thousand housing units in Jerusalem and Judea and Samaria. Most of the approvals are designated for areas in the settlement blocs that Israel believes it will retain under any future peace deal.

But in an era of open acknowledgment that such a peace deal has gone from being elusive to unattainable, these Israeli governmental actions are de facto reflections of that admission as much as they are de facto deeds on the ground. They are also the Israeli equivalent of a declaration of independence from the restraining shackles of the last eight years of the Obama administration and an expression of confidence in the new Trump administration.

Not surprisingly, the majority of world public population and a very vocal segment of Americans hostile to President Trump do not share Israel’s enthusiasm. No sooner did the Settlement Law pass through the Knesset halls then the backlash began. Israel’s enemies jumped to undo the perceived damage.

PA President Mahmoud Abbas immediately called the new law an “attack against our people” and vowed to fight it in “international courts,” while the UN Special Envoy to the Middle East Peace Process, Nickolay Mladenov, warned that it “crosses a very thick red line.” French Foreign Minister Jean-Marc Ayrault said, “This law could exacerbate regional tensions,” and British Minister for the Middle East Tobias Ellwood complained that the bill “damages Israel’s standing with its international partners.”

Verbal darts aside, threats to Israel cannot be dismissed as mere rhetoric when they are bolstered by a many-pronged arsenal of weapons against the Jewish state, President Trump notwithstanding. Thanks to Obama’s goodbye present in the form of UN Security Council Resolution 2334, which deems Israel’s presence in disputed territories to be illicit, UN Secretary-General Antonio Guterres claimed the Settlement Law contravenes international law and will have “far-reaching legal consequences” for Israel.

While half of America may sneer at the corrupt ineptitude of the UN, its legal threats pose a very real danger. The influence of Resolution 2334 has far reaching consequences of its own. And it was welcomed by anti-Semites worldwide, particularly supporters of BDS.

Of all the efforts to delegitimize Israel, BDS may be the most pernicious and effective, in large part because of its pervasiveness. So while legal procedures within Israel regarding the “occupied territories” are good beginnings, they need to be augmented by procedures from the broader community of Israel supporters. In essence, intra-measures need to be joined with inter-measures to fight threats against Israel.

It was with that goal in mind that the Zachor Legal Institute was founded several years ago by attorney Marc Greendorfer and project developer Ron Machol. The institute is a legal think tank and advocacy organization created with the specific goal of waging a legal battle against BDS, which has spread among leftist strongholds across America. According to Greendorfer, a corporate attorney with extensive background in legal advocacy and scholarship, “the ultimate goal for me is justice.”

Back in 2014, Machol, living in Israel, contacted San Francisco resident Greendorfer about a boycott of an Israeli ship in an Oakland, California port. “How can this happen?” he wondered and pushed Greendorfer to look into it.

“That started my work with BDS,” Greendorfer remembers. “I realized that there were legal issues with what they were doing and I started researching how it could exist under American law and what threat it poses.”

Greendorfer’s work led to his assisting a number of states, most notably California, which recently passed a law that prohibits a state from entering into contracts with entities that engage in boycotts. And his legal work in the fight against the BDS movement has been cited by the Supreme Court of Israel’s 2015 ruling upholding Israel’s anti-boycott law.

A precedent that Greendorfer relies on harks back to the Antiboycott Laws under the Export Administration Act of the 1970s, which were enacted to discourage and prohibit U.S. companies from supporting the Arab League sponsored boycott of Israel. “I argued that BDS is subject to that law and it’s up to the commerce department to enforce the law,” Greendorfer explains.

How successful has he been with this strategy?

“I tried under the Obama administration to get the commerce department to take a look at this and take action. But they absolutely refused. I was banging my head against a stone wall.”

Greendorfer is hopeful things will now be different. “So far the Trump administration is showing every indication that they oppose BDS,” he says. “They are not afraid to take strong legal action against them.” He is especially encouraged because “the point of the original Antiboycott Law was that boycotts affect U.S. commerce and clearly this is something President Trump tries to deal with.”

While BDS creeps across college campuses and infects human rights organizations that have nothing to do with Israel, one thing is clear. “There’s no question in my mind that this is an anti-Semitic group,” Greendorfer asserts. He points to the common supporters between radical Islamic groups and BDS and says, “If you go back to the founding documents of BDS from around 2007, they don’t talk of a two-state solution or co-existence but rather of the destruction of Israel. You cannot use the argument that you’re anti-Zionist and not anti-Semitic if you say that you’re trying to wipe out the only Jewish nation on earth.”

Variations on the theme of anti-Semitism motivate fighters like Greendorfer and Machol of the Zachor Legal Institute. The name “Zachor” is a battle cry that should prompt others to join the fight to protect Israel. While each small step in the effort to preserve the security of the Jewish homeland and Jews worldwide may seem overshadowed by the magnitude of the mission, taken together they constitute a giant step forward.

Are the Israeli Settlements Legal Under International Law?

Temple Institute Issues Myth Buster: It Doesn’t Have to Fall from Heaven [video]

Haifa U. Iran Expert: Trump’s Comments on Iran a Step in the Right Direction 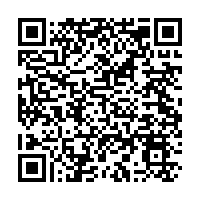