It seems that not a day goes by without another example of the Democrats’ systematic refusal to go long with anything President Trump attempts or proposes.

This past week, we were treated to the spectacle of leading Democrats – including their highest ranking member House Speaker Nancy Pelosi – virtually tutoring illegal aliens who have been ordered deported by a court how to avoid detection by officers of the Immigration and Customs Enforcement agency. On the local level, the antics of Governor Andrew Cuomo, Mayor Bill De Blasio and most other elected leaders in protecting the illegals from the execution of lawful legal process mirrored those on the national level. Their actions constitute an utter disdain for democracy.


If nothing else, elections are the way we in a democracy choose the people who will make authoritative decisions for us. Indeed, it is generally deemed one of the fundamental principles of democracy. And it is not only we at The Jewish Press who believe this.

In the last debate of the 2016 presidential campaign, candidate Trump was asked if he would accept the election results. His answer was, “I will look at it at the time…. I will keep you in suspense.”

His opponent, Hillary Clinton, promptly erupted: “That’s horrifying. Let’s be clear about what he is saying and what that means. He is denigrating–he is talking down our democracy…. I am appalled…. That is not the way our democracy works.”

The New York Times accused him of “trashing the democratic process…risking lasting damage to the country,” warning that “politicians of both parties should recoil from him and his cynical example.”

The Washington Post spoke of Trump’s “breathtaking refusal to say that he will accept the results of the election,” which it said “overshadowed” any of the issues in the campaign.

So what are we to make of the invariable refusal of Democrats to go along with almost anything that is identified with Trump? Is that not the ultimate, real time expression of a refusal to honor the results of the election? And it is not as if the Trump agenda was hidden from voters in the campaign. In fact, he appears to be making yeoman efforts to follow through on as many of his campaign as he can.

To continue with the ICE example, how many in this country can honestly argue that voters were not aware of what the Trump plans for immigration were? To be sure, there are many who opposed that plan when it was articulated in the campaign and continue to do so now. But isn’t that something that should properly expressed as part of the electoral process rather than urging disobedience of a decision of the person duly chosen to make them?

Yet search as we may, we hear no expressions of dismay by those who pounced on Trump for suggesting – and half in jest at that – he might not accept the results of the election.

Taken together with their drafting every Congressional power they possess in the service of derailing the president, the Democrats and their media enablers are playing a very nasty game. 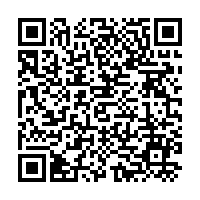