The following are adapted remarks by JNS editor in chief Jonathan S. Tobin, which were delivered at the U.S. Department of Justice Summit on Combating Anti-Semitism on July 15, 2019.)


It’s an honor to be here at the central address of American law enforcement to discuss how we can best combat anti-Semitism, and it is very encouraging that the Department of Justice has chosen to highlight this issue in this manner.

This panel is tasked with probing the question of anti-Semitism on college campuses. It is, of course, a matter of no small irony that college campuses are among the places in this country where anti-Semitic sentiment has become commonplace, and where Jews feel the most threatened by a culture of intolerance.  That institutions that are supposed to be strongholds of independent inquiry and progressive values have become the beachheads on this continent for the spread of what the State Department calls a rising a tide of anti-Semitism that has been sweeping across the globe is shocking. But for anyone who has paid attention to the academic world in the last generation, it is hardly a surprise.

We don’t need to read literature to know that anti-Zionists and the BDS movement are steeped in hate.

The reasons for this boils down to one key fact: the growing popularity of anti-Zionism and the way that ideology has been used to legitimize anti-Semitism, and to create a hostile atmosphere in academic circles and on some campuses where Jews feel not only marginalized, but often also intimidated and threatened. Support for the movement to boycott, divest and sanction Israel (BDS) has not only gained a foothold in academia but in many university departments; opposition to its discriminatory goal and tactics marks both dissident academics and students as pariahs to be shunned, shouted down or worse, a situation that is particularly threatening to Jews.

The reason is clear. Jews were attacked for many reasons over the centuries—all of them having everything to do with the obsessions of the anti-Semites, and little or noting to do with what they actually did or said. But today, the State of Israel and its people and supporters are the stand-in for hateful Jewish stereotypes of the past.

In discussing this problem, it’s vital that we clarify some popular misconceptions. 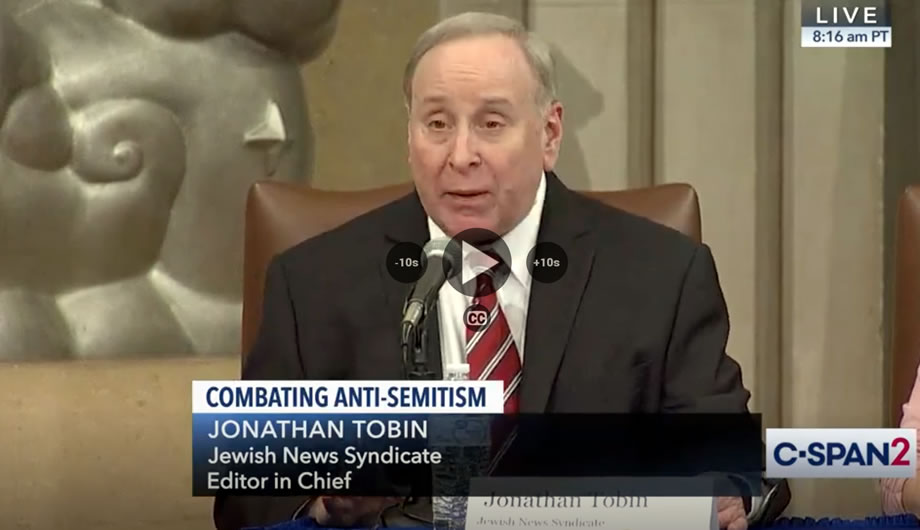 Jonathan S. Tobin as part of a panel of speakers at the U.S. Department of Justice Summit on Combating Anti-Semitism in Washington, D.C., July 15, 2019. Source: Screenshot.

What is anti-Zionism, and is it—as many of its less honest advocates claim—separate and distinct from hatred of Jews?

Anti-Zionism is opposition to a Jewish state, and is focused on activism and advocacy here in the United States—and terrorism in the Middle East—for the elimination of the State of Israel. It means singling out the one Jewish state on the planet for extinction and making it the only existing national political entity of the nearly 200 represented in the United Nations that is the focus of an international movement to erase it from the map, and whose birth in a postwar world in which various conflicts gave rise to scores of new nations is considered an original sin that must be reversed.

Just as important is to understand that contrary to the rationalizations put forward by BDS advocates and other opponents of Israel, anti-Zionism is not criticism of Israel, or of its current government and its policies. More than 7 million Israelis wake up every morning and proceed to criticize their government, just as more than 300 million Americans wake up every day and do the same about some aspect of their local, state or federal government. That is life in any democracy.

Mere criticism of Israel is not opposition to the existence of Israel. Nor is it anti-Semitic, and no responsible person would claim that it is.

But when one seeks to deny the Jews the right to a state in their ancient homeland, no matter where its borders could be drawn; to deny legitimacy to their national movement in a way that no other nationalism is delegitimized; to deny them the right not merely to sovereignty, but to the right to live in peace there and the right of self-defense, that is not mere criticism. It is prejudice.

What is anti-Zionism, and is it—as many of its less honest advocates claim—separate and distinct from hatred of Jews?

This must be the starting point for any discussion of anti-Zionism. What anti-Zionists seek to do is something that is unique to one people and one country. No other people on the planet are treated in this manner or singled out for opprobrium in the way anti-Zionists speak about and seek to treat the one Jewish state.

It is true that not every ethnic group has achieved sovereign status in their homeland. But there is no other example of an international movement that is dedicated to eradicating an existing sovereign state predicated on the notion that its population not only has no right to exert power over its territory, but also no right to live in it, as is the case for the Jews and Israel.

To oppose anti-Zionism and to correctly brand it as a form of anti-Jewish prejudice is not necessarily to espouse a particular point of view about the Middle East peace process. The conflict between Jews and Palestinian Arabs, which has been going on for more than a century, is complex. It is hardly surprising that those who criticize Israel’s stance on the peace process ignore the fact that Israel has sought several times to offer statehood to the Palestinians in exchange for peace and the final end to the conflict, and that the Palestinians rejected it each time. But those who claim that justice is only to be attained by denying to the Jews the right of statehood over any part of the country—in Tel Aviv and Haifa, and not just the West Bank or Jerusalem—over which these two peoples have contended when they so readily support many other ethnic, national and religious groups are practicing a unique kind of bias.

Seen in this light, anti-Zionism and its BDS component are not a critique of any Israeli policy or politician. Nor is its purpose shifting Israel’s borders. Its purpose is, as BDS advocates make abundantly clear in their literature and websites, to deny the Jews rights that no one thinks of denying to others. As such, it is a form of discrimination. And the term of art for discrimination against Jews is anti-Semitism.

While it is possible to make academic critiques of Israel’s right to exist that can take on an air of legitimate debate, in practice, advocacy for anti-Zionism illustrates that it is indistinguishable from traditional forms of anti-Semitism. The arguments anti-Zionists and their BDS movement raise wish to reverse not merely 71 years of Israeli nationhood, but to erase thousands of years of Jewish history and faith. They single out Israeli actions and judge them not merely by double standards applied to no other democracy—let alone any other Middle East country—but seek to maliciously compare it to Nazi Germany. They treat the one nation that is linked to Judaism as illegitimate, while ignoring the connections between faith and dozens of other sovereign nations.

The arguments against Israel and particularly its supporters here in the United States are also straight out of the traditional anti-Semitic playbook, including themes about Jews buying power and congressional support, and false accusations of dual loyalty and committing loathsome crimes. They are rooted in a kind of demonization of Jews that is all too familiar. That members of Congress, in addition to academics and activists, have employed these themes testifies both to the growth of this movement and the unwholesome manner in which it has sought to insinuate its ideas into the national conversation.

The term of art for discrimination against Jews is anti-Semitism.

We don’t need to read their literature to know that anti-Zionists and the BDS movement are steeped in hate. Wherever they raise their banners, anti-Semitic acts—whether in terms of intimidation or even violence—always follow.

The hijacking of intersectional ideas in which the struggles of various minorities are seen as linked has enabled some academics and journalists to portray the war against the Jewish state as somehow analogous to the struggle for civil rights in the United States. But this false analogy, which seeks to employ the language of human rights in order to legitimize anti-Zionist rhetoric, is rooted in a falsehood. It is those who wish to discriminate against the one Jewish state and its people who are spreading hate, not those who seek to defend Zionism: the national liberation movement of the Jews. Those who spread this form of anti-Semitic hate claim they are promoting peace. But their position is actually antithetical to the cause of peace, as well as prejudiced because it seeks an outcome that could only be achieved by a genocidal war against Israel and its people, who will not submit to the overthrow of their democratic state or the ethnic-cleansing of their country. And that is true no matter who is spreading this form of hate—be they are non-Jews or, in the case of a small but vocal leftist minority, composed of Jews themselves.

Seen clearly then, there is no doubt that those whose discourse about Israel is anchored in a movement to destroy it—and to demonize its people and Diaspora Jewish supporters on college campuses or anywhere else—are not merely criticizing its government or speaking out in favor of peace, but engaging in a form of hate that is inherently anti-Semitic.

We must proceed from that unavoidable conclusion to state that it must be the policy of the U.S. government and decent people everywhere to oppose anti-Semitic agitation and violence, whether it labels itself anti-Zionist or some other set of ideas that masquerades as progressive, but is actually practicing one of the oldest forms of hatred.

This now happens routinely on college campuses in the form of institutionalizing anti-Zionist hate in curricula and by universities treating anti-Jewish hate speech as normal or acceptable discourse, as well as by marginalizing and silencing Jewish students.

But it has become possible because anti-Zionism is merely anti-Semitism operating under a new false front. Those who deny this aren’t merely putting forward a controversial point of view. They are spreading a big lie. And so, it is imperative that we not only use this summit as a springboard for action against a noxious form of hatred and its troubling reappearance within the life spans of survivors of the Holocaust, but also deny its adherents the cloak of legitimacy with which they seek to clothe themselves. 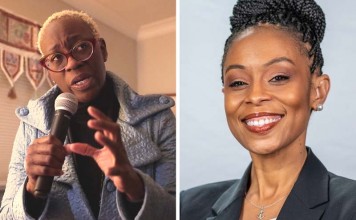 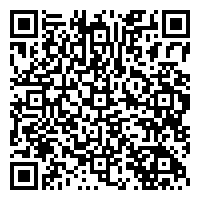