Although primary elections in New York are scheduled for June of next year, last week The Jewish Press editorial board met with Councilman Fernando Cabrera, who is challenging the notorious Democratic incumbent Alexandria Ocasio-Cortez in the 14th congressional district, which covers parts of the Bronx and Queens. Helping him get his message out is a matter of urgency.

During our meeting, Cabrera said Ocasio-Cortez has not only done nothing to bring jobs to the district, she has actually kept jobs away. He cited her central role in preventing Amazon from building a huge facility in Queens that would have meant tens of thousands of new jobs.


He also noted that Ocasio-Cortez focuses primarily on national issues – which garner her much media attention – rather than constituent services. Her outspokenness, said Cabrera, has alienated other members of Congress – including the leadership of her own party – which compromises her ability to bring public funds to the district.

Ocasio-Cortez’s Democratic colleagues shunned her like the plague when she pitched her bizarre Green New Deal plan as a response to concerns about global warming. It was designed, she said, to fundamentally restructure much of the U.S. economy to avoid environmental disaster and create more jobs. Cabrera noted, however, that when a related supporting resolution came up for a vote in the Senate, Democrats voted unanimously against it.

Cabrera said he will take a different attitude to Washington. He has always recognized, he said, the importance of local issues and, in the course of his long career at the City Council, cultivated collegial ties with fellow lawmakers to get things done.

While Cabrera made a compelling case overall, we were particularly interested in the contrast he drew between Ocasio-Cortez’s views on Israel and his own. We didn’t need Cabrera to tell us that Ocasio-Cortez never fails to seize an opportunity to bash the Jewish state. But he also shared that in his personal life and political career he has always believed in the importance of supporting Israel, pointing out that it is the only Jewish state and the only true Middle Eastern democracy.

He attributed his support in large part to his background as a pastor for over 30 years and the personal relationships he has developed with members of the Jewish community. He also described his many trips to Israel and his votes in favor of every pro-Israel resolution proposed during his tenure. He promised to continue supporting Israel if elected to Congress.

As the primary season proceeds, we will have more to say about this very significant race. Suffice to say for now that whoever gets the Democratic nomination in the 14th CD, which is heavily Democratic, will be the favorite to win in the 2020 general election. From where we sit, the sooner – and the more – people hear about the Cabrera challenge, the better. 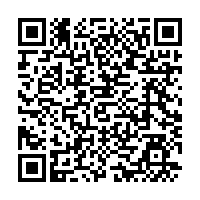