It was a week of reversals in Israel: First, after significant backlash and a petition by Aryeh Deri, the Nazareth District Court cancelled a decision issued just days earlier to bar a separate-seating concert in an Afula park (a reversal in turn nullified by Israel’s Supreme Court – only too late to cancel the show which was already underway).

And now, in a move with far greater international impact, at the eleventh hour Israel has decided to reverse its earlier stance and bar U.S. Representatives Ilhan Omar and Rashida Tlaib from entering Israel later this week. (Interestingly, as Interior Minister, Deri had the final word on this matter on well.)

We welcome this change in position – “better late than never” as they say – but are troubled that it took protracted hand-wringing over a wrong-headed decision for the right one to be made. In a climate of unprecedented hostility toward the very existence of the Jewish State, Israel has to stand strong and make decisions based on principles, not popularity.

Tlaib and Omar are not merely haters of Israel and supporters of Palestinian terrorists – they are the poster-children for the BDS movement whose true aims are known to anyone with eyes and ears. That they are sitting U.S. Congresswomen should not shield them from being subject to Israel’s law banning those who promote BDS from entering the country. The law, passed in 2017, does leave room for exceptions, but we see no reason why that discretion should have been applied simply because they are members of government of a friendly nation. They stand outside that circle of friendship, and would have no greater joy than to see it sundered.

The rationale for barring visits by people like Tlaib and Omar is not to punish them for their destructive activities but to prevent them from furthering those activities, both on Israeli soil and upon their return home. That’s exactly what their visit – to the country their itinerary listed as “Palestine” – was going to be. Stockpiling experiences that would allow them to put a firsthand spin on issues such as Palestinian prisoners (“martyrs”), refugees, security checkpoints, the “apartheid” wall, the besieged Al-Aqsa compound, and so on. The international media would be more than happy to assist them.

The notion that a democracy must lay out the welcome mat to all comers – an attitude this country is currently struggling with – defies logic. Israel’s democratically elected government made a decision that it believed to be in the country’s best interest. One can agree or disagree, but what is undemocratic about that process?

Israel is, of course, taking heat for its belated decision, but better that than the little fires everywhere that these bailiffs of BDS would leave in their wake. 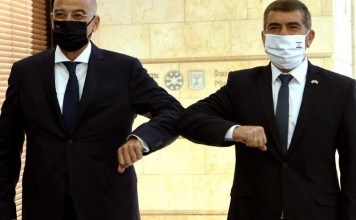 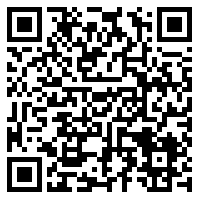