The Gemara (Berachos) asks, “What should a person do if he prays and his prayers go unanswered?” The Gemara answers, “Yachzor v’yispalel – Let him pray again! Shene’emar, ‘Kavei el Hashem, chazak v’yameitz libecha, v’kavei el Hashem’ – As [Tehillim] says, ‘Hope to Hashem, be strong and take courage, and hope again to Hashem.’”

Praying to G-d multiple times for the same need is counter-intuitive since the opposite is true in human affairs. If, for example, you ask me to borrow my car and I say no, and then you ask me again, you’re a pest. If you ask me a third time, I won’t answer the phone. But with Hashem, the more times we pray, the better. Hashem desires to hear from us again and again.

Moshe told Bnei Yisrael that he pleaded with Hashem to allow him to enter Eretz Yisrael: “Va’eschanan el Hashem – And I offered supplication to Hashem.” The Baal Haturim, the Roke’ach, and others note that the gematria of “va’eschanan” is 515, which teaches us that Moshe Rabbeinu prayed 515 times to enter Eretz Yisrael. If Hashem wouldn’t have told him, “Rav loch…al tosef – It’s enough for you…don’t add,” he would have prayed even more.

The gematria of shira, another form of prayer, is also 515, conveying the idea that when singing to Hashem we can repeatedly have the same specific thing in mind.

The Medrash asks, “Mipnei mah imoseihen akaros – Why were our Matriarchs barren?” It answers, “Mipnei shemisaveh HaKadosh Baruch Hu lis’filasam – Because Hashem yearns to hear their many prayers.”

The Torah says, “V’einei Leah rakos – The eyes of Leah were bereft of eyelashes.” Why were her eyes damaged in this manner? Because, says the Medrash, she prayed so often not to marry Esav that her eyelashes fell out.

On Yom Kippur, we repeatedly barrage Hashem with such petitions as “k’ra ro’ah gizar dineinu – tear up the evil decree” and “kasveinu b’sefer chaim tovim – write us down in Your book of good life.” We say these requests in Avinu Malkeinu many, many times over. “Ein shik’cha lifnei kisei kovodecha – There is no forgetfulness before Your Heavenly Throne.” Hashem already heard us. And yet, we repeat these prayers multiple times because Hashem yearns to hear from us and see that we realize that He is the Source of all our successes.

Hashem wants us to get closer to Him by storming the Heavenly Throne. Thus, we shouldn’t feel it is satisfactory to ask Hashem once for better shalom bayis, for example. Rather, we should keep at it until we achieve it. The same thing is true with regard to asking for livelihood, nachas from our children, and better health. We should never feel we are pestering Hashem. It gives Him great joy when He sees us realize that He, and only He, is the true source of our blessings.

In the merit of learning to pray better, may Hashem fulfill our requests and bless us with long life, good health, and everything wonderful. 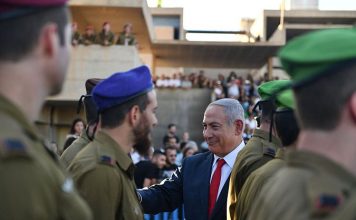 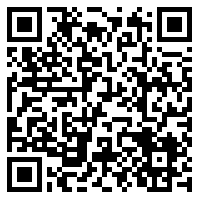