We fear that the attempted assassinations of two NYPD officers this past weekend are harbingers of things to come. While the attacks are certainly not the first such attempts, they have now come in the midst of particularly virulent anti-law enforcement rhetoric and criminal justice “reform” legislation, both of which have sent a message to New York City’s minorities and poor that they are living in occupied territory and the police are an occupying army.

Police Commissioner Dermot Shea made note of the recent “Decolonize This Place” protests, which urged eliminating any police presence in the subway system in light of claimed selective targeting of people of color and the poor for fare-jumping and minor quality of life crimes. And we are continually mindful of this past summer’s assaults on police – featuring such things as the random tossing of water buckets at police and name-calling crowds confronting officers simply making an arrest. Not only was this public humiliation of the police not met with prosecutions, but the overall lack of any serious response from Mayor De Blasio or other officials compounded the problem. Of course, the mayor’s notorious, ongoing feud with police officers has not helped matters.

More fundamentally, the agenda of progressives and liberals like the mayor has fed the demonization of police. Particularly noteworthy is the much-criticized legislation eliminating cash bail for most crimes not involving serious physical violence. The rationale for this revolutionary approach to law enforcement was that most minorities were too poor to make bail following arrest and thus more likely to suffer pre-trial detention while their wealthier fellow citizens would not. But for most in the minority community, the face of all of this is the NYPD police officer.

Of course, the elimination of bail has enabled accused criminals to promptly return to the streets free to commit further crimes. Indeed, since the new law went into effect, crime in the city has definitely spiked. Even De Blasio concedes a link, albeit reluctantly:

The bail reforms were the right thing to do. [But] I do believe there’s a connection clearly between the change in the law and this kind of unusual uptick [in crime]. Our police commissioner stated clearly his reasoning and I have a tremendous respect for his analysis. I think there’s always more than one factor in anything in life…but it [bail reform] is the only major thing that changed.

This turnstile justice makes a mockery of law enforcement, demeans the status of the police officer and encourages defiance and ill-will. So it is time for the mayor to swallow hard and come out, full-throated, in support of the NYPD, in a redoubling of his efforts to persuade the state government to amend the new bail law. He should also make a concerted effort to persuade his progressive cohort to cut out all the stuff about occupied territory and occupying armies. It not only makes for dangerous divisions, but also endangers those who, after all, protect all of us. 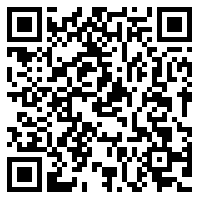