The Jewish Press Endorses Assemblyman David Weprin for NYC Comptroller. He would bring enormous experience in both the private and public sectors to the job of monitoring the city’s fiscal affairs, rooting out waste and fraud, and ensuring that municipal agencies serve the needs of all New Yorkers.

After law school, Weprin went into private practice, but was soon tapped by Governor Mario Cuomo to serve as his Deputy Superintendent of Banks and Secretary of the Banking Board of New York State. His responsibilities included being a watchdog over nearly $2 trillion of funds and regulating more than 3,000 financial institutions in New York State.


Weprin was subsequently elected to the New York City Council and served as the chair of the Council’s Finance Committee for eight years, during which time he played a key role in balancing the city’s budget.

After leaving the City Council, Weprin was elected to the New York State Assembly where he has authored and co-sponsored groundbreaking legislation that has helped seniors, children, low-income families, veterans, and small businesses avoid or deal with financial distress.

Without doubt, David Weprin is admirably prepared to serve as New York City Comptroller and we urge our New York readers to go out and vote, giving him the opportunity to do so.

Judge of the Civil Court 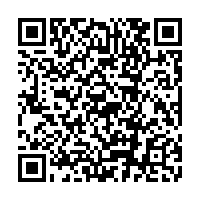