An Associated Press report on Sunday that Israeli Prime Minister Benjamin Netanyahu had agreed to negotiate the borders of a Palestinian state based on the 1948 Armistice lines understandably created quite a stir. Mr. Netanyahu’s public confrontation with President Obama over this very issue remains vivid in everyone’s memory, as does the enthusiastic and virtually unanimous bipartisan support for Mr. Netanyahu’s position expressed by Congress.


That this “red line” would be so abruptly and unceremoniously abandoned can hardly be deemed a simple matter. Did the AP somehow get the story wrong? Mr. Netanyahu’s supporters certainly hoped so, but then on Monday more news outlets, in Israel and abroad, confirmed that the prime minister had in essence accepted President Obama’s proposal that Israel affect a near total withdrawal from the West Bank.

To be sure, by Tuesday the AP was reporting that the Israeli government was “distancing” itself from the initial report, and that government sources insisted Mr. Netanyahu was merely willing to “show some flexibility” on the border issue.

When all the platitudes are put on the shelf, the gulf between President Obama and the Netanyahu government has been about whether Israel will be required to concede pre-1967 land as part of any peace agreement with the Palestinians. United Nations Security Council Resolution 242, formalizing an end to the 1967 Six-Day War, spoke of Israel’s entitlement to defensible borders with no mention of accompanying land swaps. The notion of land swaps arose only as a way to account for changes on the ground subsequent to the 1967 war involving the growth of Israeli population centers in the West Bank.

Thus, when President Obama spoke of “land swaps” with the pre-1967 lines as the starting point, he was extending the notion of an exchange of land to Israel’s minimal entitlement to defensible borders rather than only post-1967 changes in reality on the ground. And this was a monumental shift.

In the weeks since the Netanyahu-Obama brouhaha, the administration has, for whatever reasons, been eager to downplay the implications of the president’s initial statement. At the same time, it’s clear from statements made by Mr. Netanyahu that there is a dynamic in play, driven no doubt by the Palestinian Authority’s determination to win UN recognition of a Palestinian state.

In the run up to the final Palestinian push for that recognition come September, one can only hope that principle will prevail. 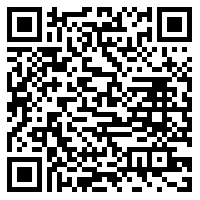