As it now stands, President Obama intends to veto a bill passed unanimously by the Senate and House that would allow families of 9/11 victims to sue the Kingdom of Saudi Arabia in U.S. courts based on its government’s alleged involvement in the attacks.

Despite evidence of such involvement, the Saudis have previously been immune from legal action in the United States pursuant to a 1976 American law recognizing the doctrine of sovereign immunity, which bars suits against foreign governments in U.S. courts.


While the previous law granted such immunity to foreign governments for terrorist attacks committed off American soil, the new law would carve out an exception for such acts carried out on American soil. The previous law was at the heart of a $655 million U.S. jury verdict against the PLO and the PA for terrorist acts committed In Israel, which was recently vacated by a federal appeals court. The court reasoned that the Constitution requires terrorist acts to have been committed in the U.S., or to have specifically targeted Americans overseas, for Americans to sue in U.S. courts.

White House Press Secretary Josh Earnest told reporters on Monday that he anticipates the president will veto the legislation but that it hasn’t been presented to him yet. Mr. Earnest went on to explain that the new law was “objectionable” because it “opens the United States to the risk of being hauled into courts in countries around the world.”

New York Senator Charles Schumer, one of the prime movers of the legislation, said he thinks there would be enough votes to override a presidential veto.

It is certainly not an idle concern that there could be adverse repercussions for the U.S. should the new law actually take effect, but that risk should be trumped by the prospect of justice for 9/11 class victims. Additionally we must not forget that the U.S. is still a major power with significant leverage around the world. Further, if in practice the cases brought in U.S. courts are based on compelling rather than circumstantial evidence, the chances of retaliation might be diminished.

There is also something buried in the law that should have some impact. A belatedly added provision would allow a president to bring about an indefinite halt in any case brought against a foreign government if the Department of Justice can demonstrate that the administration was engaged in good faith settlement negotiations with a defendant country.

To be sure, this provision could enable the executive branch to unilaterally render insignificant a piece of legislation unanimously passed by the Senate and the House. However, since many who voted for the law are said to have misgivings over the retaliation issue, the way the legislation now reads is probably the most realistic way forward. 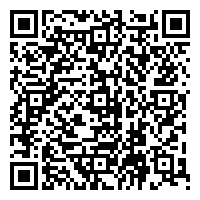