Police who were summoned for a report of a “suspicious-looking” item in Netanya on Wednesday made their next call to the bomb squad.

The “item” discovered by a beachcomber on Poleg Beach turned out to have been a live British Mandate-era 155mm artillery shell.


Civilians who have walked on the beach were more lucky than they knew: Police sappers on the scene said the mortar shell was unstable and dangerous, even after more than half a century.

The sappers chose to safely detonate the shell at the site. 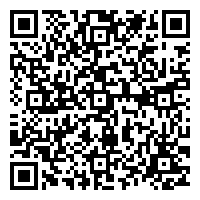