Seems like California Governor Gavin Newsom, a tried and true fixture of the American political left, never got the latest transgender memo.

Newsom got into some hot water last week with comments in a speech to abortion rights supporters. In a presentation to a Planned Parenthood group about his commitment to defend the reproductive rights of women and girls in California in the event the Supreme Court overturns Roe v. Wade. Newsom made the usual pro-abortion points, but he also repeated a once popular leftist axiom that goes against current woke ideology. “If men could get pregnant, “he said, “this wouldn’t even be a conversation.”


But the far left now says men – transgender ones, to be sure – can become pregnant.

Newsom was widely ridiculed for his faux pas, but had anyone from the right said anything like that, does anyone doubt that charges of transphobia would be prompt, hot, and heavy?

In a somewhat related item, Fox News also reports that the world’s bestselling medical textbook – the Merck Manual – has removed the definition of “gender dysphoria” from its website after the Florida Department of Health quoted it in recent guidance advising against gender transitions for children and adolescents.

The removed definition read as follows: “Gender dysphoria is characterized by a strong persistent cross-gender identification associated with anxiety depression, irritability, and often a wish to live as a gender different from the one associated with the sex assigned at birth. “

Apparently, Florida’s recent “Don’t say gay” notoriety made it too hot for Merck – which seems to us these days to be on a somewhat more transgenderism welcoming kick – to be associated with the state in this regard. Indeed, Merck requested that Florida’s department of health remove the language of the definition from its guidance.

In response, Florida’s Surgeon General tweeted: “Where have we seen this before? Political activism disguised as scientific advancement. Medicine cannot be a weapon used to divide communities, and Flortida’s guidance will not change due to political pressure.” 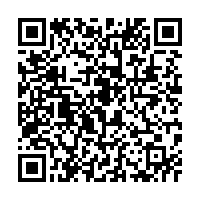