Governor Kathy Hochul chose Congressman Antonio Delgado as her new running mate after having the state legislature jump through hoops to remove scandal-scarred Brian Benjamin, a former state senator, from the ballot.

The vote to remove Benjamin from the ballot was razor-thin. The measure passed the Senate with two votes to spare (33 to 29), and the Assembly vote was with a six-vote margin (82 to 57). Every vote was needed for passage in each house. The Assembly vote took an inordinate amount of time before every lawmaker could get to the chamber to vote in person and not via Zoom from their office. The governor signed the measure into law as soon as it got to her desk.


The next day she announced Delgado, 45, as her new running mate, saying he was well-vetted, an aspect of her previous Lt. Governor that stained Hochul’s record as claiming to have someone serve “in the highest levels of state government adhering to the highest ethical standards.”

In her introduction of Delgado, Hochul highlighted his academic credentials. “Here on a Rhodes Scholarship while attending Colgate University in Hamilton, NY. After returning home from [The Queen’s College,] Oxford, he went to Harvard Law School. Spent his early career empowering young people. Before returning to law, he worked as a young lawyer in both Manhattan and Brooklyn,” Hochul said.

The phrase “spent his early career empowering young people,” might have been a veiled reference to Delgado’s career as a rapper, known as AD the Voice. In 2006 he produced an 18-song CD entitled “Painfully Free” where he used profanity, questioned capitalism, and criticized the legacy of early-day presidents who were slave owners.

The lyrics included, “I wanna ride with [harsh racial slur], see them all get figures. I wanna see a righteous capitalist, if it’s possible for one to exist.”

Another refrain included, “Dead presidents can’t represent me, not when most of them believe in white supremacy, like spittin’ on my ancestry.”

A third stanza included, “Look like we only goin’ from chains to cuffs, still [harsh racial slur] still locked up stuck on stuff.”

He also compared blacks to modern day slaves and called poverty the “purest form of terrorism.”

When The Jewish Press asked Hochul about not having included Delgado’s rap career when touting his accomplishments, she responded, “That was an oversight on my part. As he’s learned I’m not perfect but I always strive to be the best I can.”

Delgado did not respond to the query.

Delgado was born in Schenectady and now lives in Rhinebeck, Dutchess County. In 2011 he married Lacey Schwartz, who is Black and Jewish. In 2015, Schwartz made Little White Lie, a documentary film for PBS about being biracial. They have twin boys they are bringing up Jewish, according to the Congressman. Delgado is African-American and of Cape Verdean ancestry. Cape Verde is an African country composed of several islands off the coast of Senegal.

Delgado claims to be Afro-Latino but couldn’t clearly explain his Latino ancestry at the news conference.

“Because of my name, Antonio Ramon Delgado, maybe because I played basketball a little while out in Puerto Rico, I am not Puerto Rican but Afro-Latino, I think the Cape Verdean aspect of that is certainly a part of my identity. I grew up in a Black Baptist church so I’m very much rooted in the tradition of Black culture. All of it informs me in terms of how I go about my work,” Delgado explained. “My wife is Black and Jewish. Our children [Maxwell and Coltrane] we’re raising as Jewish and so all these different entry points connect to me and just really help me to figure out how to go in and out of communities and find the connective tissue.”

The next day, the Hochul campaign clarified Delgado’s Latino roots as going back two generations to his mother’s father’s side of the family. Delgado’s mother, Thelma Gomez Hill Delgado, did not have a relationship with her father, according to the campaign. Thelma’s father apparently was of Mexican, Venezuelan and Colombian descent.

The Latino connection is important when it comes to ethnic politics because the other two candidates running for Lt. Governor are Hispanic: Colombian-born Ana Maria Archila and Diana Reyna, who is of Dominican descent. Having Delgado claim Hispanic or Latino roots puts all three candidates for Lt. Governor on equal footing among that ethnic community.

Besides not knowing or acknowledging Delgado’s rap career as an accomplishment and not being able to properly explain his Latino roots, Hochul said at the news conference, “We had our legal team assemble lawyers who are experienced in this, the secretary to the governor was engaged, we brought in outside individuals together to begin a very thorough vetting process, that involves state police, disclosure forms, it was a deep dive into the background. That is something we took very, very seriously and I know we got it right.”

The reaction to Delgado’s ascension to the number two position in state government was generally received positively.

“I have had the great honor to partner with Congressman Antonio Delgado over the past four years to advocate for our farmers, veterans and other shared constituents,” wrote Jewish Assemblymember Didi Barrett (D – Hudson, Columbia County) in a prepared statement to The Jewish Press. “His thoughtful and compassionate approach to public service will make him an outstanding Lieutenant Governor for the State of New York, and a terrific partner for Governor Kathy Hochul!”

“He’s been a dynamic congressman who delivers for his district and I’m confident he’s going to deliver for the state and make an excellent Lt. Governor,” Assemblyman Jonathan Jacobson (D – Newburgh, Orange County), who is also Jewish, told The Jewish Press. “He’s been in the real world and he’s lived all over the state and he knows how to deal with all different types of people and he’s been effective at getting things for them.”

“He’s my congressman and my friend,” Assemblyman Kevin Cahill (D – Kingston, Ulster County) told The Jewish Press. “I am very proud of the fact that he was selected for statewide office by the Governor. He’s demonstrated an ability to relate, to be accessible and to understand complex issues as our congressman. I think he’s going to add real gravitas to the ticket. In terms of governing the state as our Lt. Governor, I think he’s going to do a fantastic job. His future is very bright. This is just one more aspect of it.”

“He joined us for Sukkot,” Rabbi Hanoch Hecht, director of the Rhinebeck Jewish Center told The Jewish Press. “Governor Hochul made a good pick. I think he’ll do a good job. On the other hand, I have a close relationship with Marc Molinaro [Delgado’s opponent in the congressional race]. He’s been our county executive. He does wonderful things for our county.”

“Delgado’s decision to resign midway through the election cycle shows that he knows he would lose in November because of the incredible momentum our campaign has built,” Molinaro said in a prepared statement. “Ultimately, the Congressman knows that he and his party are responsible for the crime wave, out-of-control inflation, and illegal attempts to draw themselves safe districts. We were going to win against Delgado and we’ll win the special election when it’s announced. We aren’t changing course; we are full speed ahead.”

The district includes most of the southern and eastern suburbs of the Capital District as well as the majority of the Hudson Valley and Catskills regions. The business community leaders would like to see a Delgado retread win in November.

“The Congressman is a tireless worker,” Jeff Friedman, president of the Greene County Chamber of Commerce told The Jewish Press. “He is also somebody who represented us effectively. He was a high-quality representative. He will be missed from that standpoint but I’m not losing him per se. Any chamber president will tell you we really don’t care who wins as long as they’re doing the work and delivering for our constituents. We just hope we get an elected official who is going to do the job.

“Immediately upon being elected [in 2018] he convened a Small Business Advisory Committee which he got together many times during the year, which consisted of a wide range of business interests. He took a lot of feedback back to Congress and got legislation passed that we were requesting, enabling us to succeed. He really listened. He listens to what people are talking about, what their concerns are. He’s very engaging and he is just everywhere all the time,” concluded Friedman, who was vice president at Hunter Mountain for 21 years.

Delgado reportedly has approximately $5 million in his campaign war chest that can only be used for federal campaigns. No word yet as to where or to whom he will disburse those funds. He will be officially sworn in to his new post later this month. 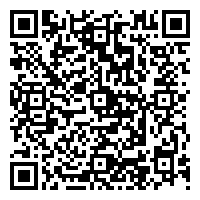