Reports are abounding that members of Governor Andrew Cuomo’s family were given preferential treatment in getting access to Covid-19 testing early on in the pandemic when testing was scarce.

Even if true, this story would not be the most significant item on Cuomo’s plate. It is already full, with several serious allegations of sexual harassment and his administration’s doctoring records of corona deaths submitted to federal investigators (to say nothing of his deplorable decision to force nursing homes to admit Covid-positive patients).

But it is truly ironic that the person most closely associated with official admonitions of compliance (or else) with corona health rules should now be prominently identified with their violation.

We remember that Cuomo regularly read the riot act to synagogues and churches not to stray this much from the attendance limits his office imposed. Never mind that the restrictions were often internally inconsistent and tolerant of non-religious assemblies while prohibiting those of the secular sort. The judgments were his to make and his word was final, even if his numbers palpably made no sense.

Of course the courts declared that they would have no truck with his sort of arbitrariness and slapped him down at every turn.

So we look forward to hearing the governor’s statement on this late-breaking story. 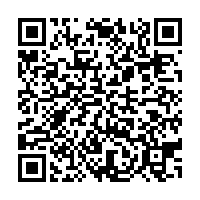