Last week, even as Iran continued to maintain that it is open to renegotiating the JCPOA nuclear deal with the West, the International Atomic Energy Agency, the UN’s atomic agency charged with tracking Iran’s nuclear program, released two troubling reports. Iran was refusing to allow inspectors entry into its nuclear-related sites to reset IAEA monitoring equipment or repair some that became mysteriously damaged, all of which were supposed to provide ongoing oversight of the Iranian nuclear efforts.

A second report revealed that Iran is also refusing to cooperate with an IAEA follow-up on the chance discovery of unexpected traces of radioactive material at several undeclared nuclear sites, which Iran refuses to explain.


Although it wasn’t widely reported at the time, already in February of this year Iran ended IAEA inspector access to a range of nuclear facilities. A deal was struck under the radar for installing cameras and other monitoring equipment that could continue to function. However, Iran would collect the information and decide if and when to turn it over to the IAEA. The information, remaining under Iranian control, could always be deleted. Yet, as the IAEA reported, the Iranians tried to scuttle even this minimal surveillance.

But the reaction of the IAEA is equally as instructive: IAEA director general Rafael Mariano Grossi went hat in hand to Teheran and came away with a curious new arrangement. Iran will allow the IAEA to “service …[certain] identified equipment and replace their storage media.” Also agreed upon was the “replacement of the memory cards of the agency’s cameras.” But the “way and timing” of when the memory cards will be replaced must still be determined. And a meeting to fix a time to do this has yet to be scheduled.

Significantly, similar to the February deal, the contents of the storage cards will be kept under seal and will be released to the agency only when and if Iran and the United States agree on a revival of the 2015 deal. And on top of all of this, Iran continues to set unrealistic preconditions to its coming to the table – including removal in advance of most economic sanctions.

So, Iran’s position is that it will engage in negotiations to curb its nuclear development in its own good time and under its own terms. And no one will get to know neither how far along it was at this point nor its progress going forward.

And they seem to be getting away with it. So much for the pre JCPOA thinking that Iran either accepts international curbs on its nuclear efforts – or else!

In a reasonable world this episode would have removed any lingering doubt about what Iran has been up to all along, and Teheran’s tap dance would have finally been seen for what it is. As we have noted on this page several times, it seems clear that Iran’s goal in entering into JCPOA in 2015, and subsequently, has always been to secure cover for its nuclear development. It conned the Obama administration into thinking that it would actually honor the restrictions. Yet the Iranians knew the inspection program was full of so many loopholes and caveats as to render it laughable. And by its very terms, the agreement had a shelf life of 15 years – after which Iran had the legal right to pursue its nuclear goals.

But we do not live in a reasonable world. Despite the public statements of senior American officials – like Secretary of State Blinken and Robert Malley, the U.S. special envoy for Iran who is in charge of the talks – the progress Iran is doubtlessly making clandestinely will soon make any deal to stop Iran in its tracks beside the point. President Biden seems unwilling to be rushed, even though each day of irresolution further undermines the notion that the Abraham Accords are the wave of the future. It suggests, rather, to U.S. allies like Saudi Arabia that maybe they will have to cozy up to a soon-to-be-nuclear Iran. 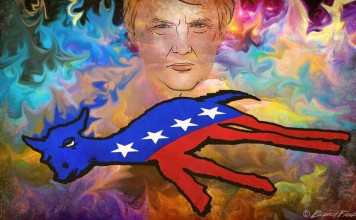 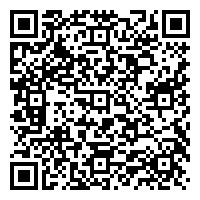